This week's assignment from the League of Extraordinary Bloggers is:


Alright League members, it’s time to put away your keyboards and pick up your camera. This week’s assignment is our first photo challenge! The subject matter of your photo should be…

Things that are green.

This seemed somewhat  hard as I wasn't sure what I had around the house that is green. And I was too busy to look until now, just in time to get this blog posted before tonight.  And I have a felling I missed a few things, but this was the best I could do.  Kermit the Frog said it's not easy being green, but in my case, it's not easy finding green.

Here are some just-snapped photos of stuff that is green or contains some green. 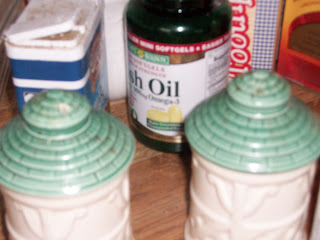 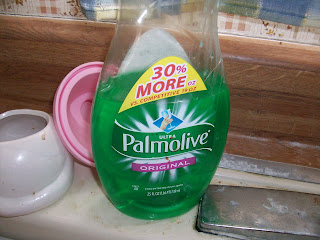 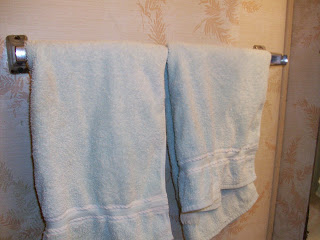 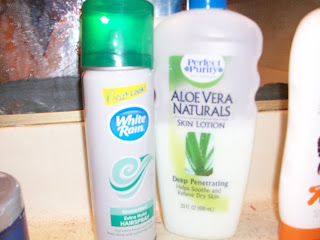 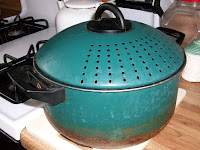 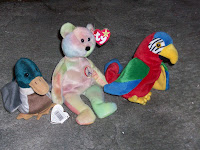 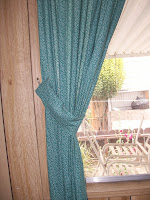 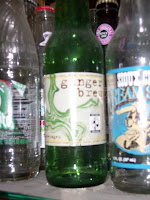 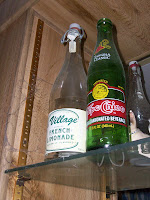 Read some of the other participating bloggers's entries for this week:

Posted by Jamie Ghione at 11:01 AM No comments:
Email ThisBlogThis!Share to TwitterShare to FacebookShare to Pinterest


Over the last few months I've been addicted to pinning on Pinterest.  I've gathered a lot of recipes for dinners, desserts and drinks, but have yet to try any of them until now.  The dessert ideas I've pinned far outnumber both those of dinner and drinks.   Unfortunately I don't have a Crock Pot, making me unable to try some dinner recipes I discovered that are made from a slow cooker.   And I've gotten some any dessert ideas that I never have time to even think of trying them.  Some require a blender, which I also don't have.  How do I live without a slow cooker or  blender, I don't know.  A slow cooker would  be good since I have to be up early for work in the morning and often get too tired to cook the night before.

But enough of all that.  The one drink idea I did just try was using Kool-Aid to make colored ice cubes. I'd bought several packets of Kool-Aid mixes with a coupon about a month ago and did not get around to making any until a week ago.  I made three different flavors including lemonade (which yes, looks clear like a regular ice cube). See the before and after photos below.

This is a really great idea.  It not only changes the color but the flavor a little.  Try it. It's great for summer.

This Week's Assignment from the League of Extraordinary Bloggers

Here it is again after a week's break.  The League's topic this week is the following:

Who cried when Old Yeller got shot?  What TV show,  book, movie, etc., turns you into a blubbering baby every time you see it?


A few things I need to admit: I have never fully watched "Old Yeller."  I recall it being on TV one night and only catching glimpses.  How I missed the tragic end, I don't know.  I don't  know what was really going on that night.   I'm not so sure now whether to to put this one in the Netflix queue just yet.

And one fellow League blogger mentioned "The Neverending Story" for this topic. I'd heard the theme song many times when it came out but had yet to see the movie until until two years ago when my town's cinema presented it as part of their Kids Summer Movie Camp, for which all ages are admitted for one dollar.   I didn't cry.

In fact,  I cannot think of a single movie that jerked out the tears. I guess I don't watch enough of them. However, the subject of this assignment did get me thinking of something else that did cause me to cry quite unexpectedly and without even thinking to do so.  The topic also reminded me of something I recently saw posted by a friend on Facebook just a while ago.

The photo above refers to a PSA done by singer Sarah McLachlan for the ASPCA (watch below if you are so inclined):


Several others commented on the photo saying how much they hated this commercial for  the ASPCA and I stated how I once saw this commercial twice in the same day and that tears came from my eyes immediately.   It came on suddenly after seeing the images of the abused animals.  The thought that anyone abusing the animals is sad in itself, but this commercial just makes it seem sadder that it already is.  The commercial begins with  McLachlan's 1999 song "Angel"  playing over images of the animals. When this song first came out, I was working nights at a restaurant and would hear it on the way to and from work on my car radio.  Before seeing this commercial, hearing that song would remind me of coming to and from that one-time place of work.  But now it's become associated with this commercial, I can't bear to hear it anymore.  Never did like the song to much to begin with.

The day I first saw this commercial, my mom assumed something was up when I told her about this commercial and how it had made me cry.  But sometime later, I learned I wasn't the only person who felt that way upon seeing the commercial.   Somewhere others admitted to having cried over seeing this ad.  Rarely have I ever encountered such a tear-jerking commercial.

And Cool and Collected's own post.   Now why didn't that make me cry?

For someone who's never been to a casino,(as was true for me before going to Chukchansi Gold Resort and Casino in  Coarsegold, California today)  learning to play the machines can take some time, but if you try you'll learn and even if you don't win a lot, you will still have fun.

A group I joined on meetup.com had been planning a trip to Chukchansi for a while and eventually decided on July 1.  It was a bus trip and a five-hour stay.  The bus picked up casino attendees in Santa Clara, San Jose, Gilroy and Los Banos before heading to the casino. I live in Hollister, near Gilroy, so that was where I caught the bus.  It was a fun ride.  Getting to look out the windows and see lots of mountains and country areas,  with houses, fruit stands, gas stations, roadside diners, and such along the way. Going through Los Banos, we could see all sorts of businesses, schools, gas stations, restaurants. Same when we passed through Madera, which is just before the route that leads to the casino.   The trip was worth the bus ride alone.

We were given a $5 voucher for food and $10 e-cash for the machines, and received Players Club cards. For the first hour after we arrived at the casino,  I wandered around checking out the many different machines,  trying to figure out how to work some of them. I made the mistake of not asking at first.  Around 1PM,  we met for lunch.  There are several places to eat, including a buffet restaurant, which is where we met ate.  We'd planned to meet for lunch at one, but I was sure where they'd said to meet, so at 1PM, I began checking all the food places  I  had some chicken and slices of pizza and Dr Pepper, and a brownie for dessert. I then went to the Lucky Seven machines (at least three different ones of this theme). I finally asked for help and soon caught on how to play.  It was fun!  I managed to play a few rounds of this , using the rest of my e-cash and some of my own cash, until it was time to meet outside the front lobby to begin boarding the bus home.

Sorry for a lack of photos, but in all the excitement and madness I forgot! I also saw many machines I would have liked to try, but there's only so much you can do in a five-hour trip.

All, in all, a great first visit to a casino. I would certainly love to do it again!!!  I'd also love to take a trip

to another casino in California. Cache Creek and Table Mountain both sound like fun ones. Table Mountain, incidentally is about 19 miles from Chukchansi, located near Fresno, CA (spotted a road sign for this one on the way).    Even a  return to Chukchansi.  Any would be fun.
Posted by Jamie Ghione at 9:11 PM 1 comment:
Email ThisBlogThis!Share to TwitterShare to FacebookShare to Pinterest
Newer Posts Older Posts Home
Subscribe to: Posts (Atom)