I have to admit I have been wanting to write lately but haven't found the inspiration. I suppose this happens to everyone. And today this came up on my Facebook memories: 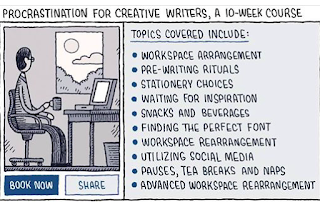 But now I have two new writing kits recently found at Goodwill, one of which I used in my class at work this week. 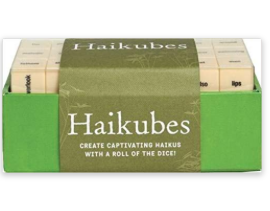 One is called Haikubes. These are cubes with words on all but one side. I knew I had to have these once I saw them. But despite the name, I did not make the participants do only haikus🙂 Only two people, including myself, tried writing a haiku.

And today I found Tell Tales Fairy Tales. I haven't used this one yet, but most likely will use it next week.I may just try it at home first, something I didn't do with the cubes. 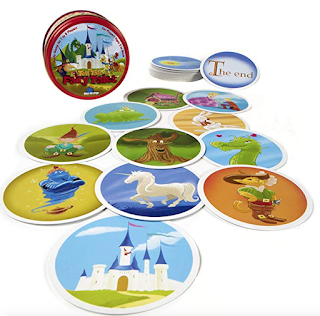 Oddly enough, I had been hoping to get some kits. I'd been hesitant about getting them, but knew I just had to once I Saw them. I have been looking on mammon for other such kits. I now want to get more of the dice with pictures on them. I only have one of those kits right now and it's only nine dice. I keep hoping these will turn up at Goodwill as well. So far they haven't, but the items above came close. And I was glad to have found them. Now I may consider getting one of the items below from Amazon. I looked for these (or something like them) the last time I was at Barnes & Noble, but none could be found. I'm now on the lookout for these and other similar items. 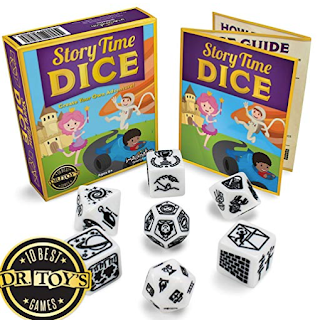 Posted by Jamie Ghione at 7:49 PM 2 comments:
Email ThisBlogThis!Share to TwitterShare to FacebookShare to Pinterest

Agree with some of this, though only a little with the very last line. (Quiz here).

The Chocolate Oracle Says You're Classy

You are sophisticated, modern, and high class.
Your taste is refined, but you are not picky.
You are often the first to try something new.

You are full of life and vigor.
You have an amazing amount energy, and you keep very active.
Some people feel like you can't focus on them. You do tend to be restless

You love being by yourself and thinking. Developing your own theories and ideas is fun.
You feel lost when you're forced to be social. Being with other people can be lonely for you.

Posted by Jamie Ghione at 10:42 AM 3 comments:
Email ThisBlogThis!Share to TwitterShare to FacebookShare to Pinterest

I came across this tribute, published last Friday, on Twitter this morning. 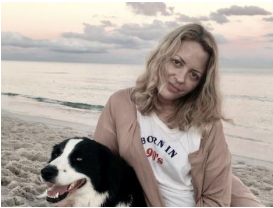 IF YOU WERE a depressed young woman in the 1990s, Elizabeth Wurtzel’s memoir Prozac Nation (1994) was required reading. I remember standing in a New Jersey Barnes & Noble, tenderly taking the book from the shelf, and turning it over in my hands. Who was this woman on the cover? She looked so cool, her gaze both empty and knowing. I wanted to be her. I wanted her to save me. ...


I may not have realized I was depressed until many years after the book came out, but I can definitely say that it helped me when I did read it, after beginning on Prozac myself. Everyone's realization of depression comes at different times, but reading a memoir on depression can benefit everyone somehow.
I have since been seeking out both fiction and nonfiction books on mental health. Until recently, when I was looking through my stack of books at home, I did not know that I had ordered this book from Amazon: 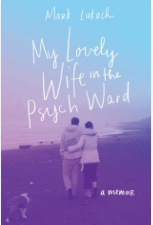 I definitely look forward to reading this one.

A final essay by Wurtzel was published on January 8, the day after she died, on Medium. I did not see this until now. Also, Christina Ricci (above), who played Wurtzel in the film version of Prozac Nation, recently remembered the author. "I loved her honesty," Ricci told The Hollywood Reporter. Click here to see the story.

FYI, I have read Wurtzel's other books and have copies of each. I may now re-read More Now, Again, her memoir of addiction to Ritalin. It may not has been the big seller Prozac Nation was, but there are some moments in More, Now, Again I would like to read again. 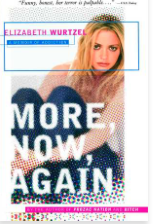 Posted by Jamie Ghione at 10:54 AM 3 comments:
Email ThisBlogThis!Share to TwitterShare to FacebookShare to Pinterest

Quiz: What is Your Power Color?

Not sure how much of this I agree on :)

Your Power Color Is Indigo

You are on a fast track to success - and others believe in you.

You require a lot of attention and praise.

You see people as how you want them to be, not as how they are.

Your dramatic flair makes others see you as mysterious and romantic.

"Does This Work Into My Future Plans?"

Quiz: What Does Your Candy Heart Say?

Can't agree too much, but can't disagree with some of it either :)


Your Candy Heart Says "Hug Me"

A total sweetheart, you always have a lot of love to give out.
Your heart is open to where ever love takes you!

Your ideal Valentine's Day date: a surprise romantic evening that you've planned out

Your flirting style: lots of listening and talking

What turns you off: fighting and conflict

Why you're hot: you're fearless about falling in love

Posted by Jamie Ghione at 9:47 AM 4 comments:
Email ThisBlogThis!Share to TwitterShare to FacebookShare to Pinterest

The new card for February is here.

My books:
24 squares completed on February 24
Posted by Jamie Ghione at 5:30 AM 3 comments:
Email ThisBlogThis!Share to TwitterShare to FacebookShare to Pinterest

Tomorrow will be the last day of the Kmart store in Hollister, California. Over the last week, I have been going in to see what is left. Not much, as one might expect from a soon-to-be-shuttered store. But here is what I've found over the past days: 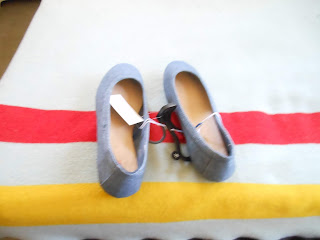 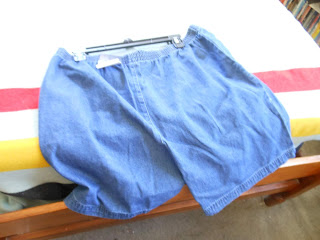 I was sure I'd not be able to find anything that fits me among the remaining merchandise, but did manage to find a pair of shoes and some shorts that were the right size. I obviously missed seeing these when I looked last week and presumed most of the popular sizes were sold out. A lot of the larger clothing and shoe sizes remain. I also went through the plastic bins of unpacked underwear (I obviously don't want to post pictures of that!) to find four pairs of for 37 cents each. And these two books: 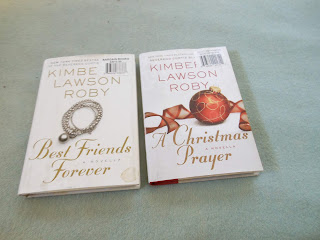 Even the books are slim pickings now, with about 12 copies of Captivated by You  and about six of The Swans of Fifth Avenue still available.

The shoes were bought on Tuesday, at 75% off, followed by the underwear on Thursday, the books early on Friday morning, and the shorts today. Since yesterday, all merchandise has been 90% off. I went early in the morning on Friday and it wasn't too busy, but when my mom tried to go later that same day, she said the lines were long. I was almost afraid to go this morning, fearing long lines stretching to the back of the store. Yes, I did have a bit of a wait, but the lines did not seem too long to me, and getting some shorts for about 86 cents (originally $7.98) was worth waiting in line for.

Now I'm debating about going tomorrow. I can only wonder how busy it will be on the last day, but I'm especially wondering how many people will be going since tomorrow is the Super Bowl. My guess is that if they want to go, they will do so early in the morning before the game begins. Even though I won't be watching the game, I still want to get to Kmart early to possibly avoid long lines. Will let you know if I make one last trip.
Posted by Jamie Ghione at 5:05 PM 1 comment:
Email ThisBlogThis!Share to TwitterShare to FacebookShare to Pinterest
Newer Posts Older Posts Home
Subscribe to: Posts (Atom)