This meme was started by Delores a long time ago.  Computer issues led her to bow out for a while.  The meme was too much fun to let go, and now Words for Wednesday is provided by a number of people and has become a movable feast.

Essentially the aim is to encourage us to write.  Each week we are given a choice of prompts: which can be words, phrases, music or an image.   What we do with those prompts is up to us:  a short story, prose, a song, a poem, or treating them with ignore...  We can use some or all of the prompts.

Some of us put our creation in comments on the post, and others post on their own blog.  I would really like it if as many people as possible joined into this fun meme, which includes cheering on the other participants.  If you are posting on your own blog - let me know so that I, and other participants, can come along and applaud.

The prompts will be here this month but are provided by Margaret Adamson, and her friend Sue Fulton.  They also include photographs taken by Margaret's friend Danny McCaughan.Without further ado.The weeks words are:

One day a strange person walked into Bob's Pizza. He wore blingy jewelry like a rapper would wear. It was an unsubstantiated claim that her actually was a rapper. Along with his jewelry he also wore a flowery shirt with large, bright buttons. The customer displayed much energy as he asked for cash back while using his debit card to order a personal pizza. While he was waiting for his order, he went over to the music-playing machine and dropped in some money to play some tunes, making scuttling dance moves. He slowed it down after a while, though, in order to cause tipping over of things nearby, and to not get dizzy himself. The music cleared once his order was ready.
Posted by Jamie Ghione at 4:04 PM 7 comments:
Email ThisBlogThis!Share to TwitterShare to FacebookShare to Pinterest

Here are some of the silhouette lanterns done in class on Wednesday. The first two pictures are of the two different kinds of jars used. The last few shots are of my mermaid lantern. 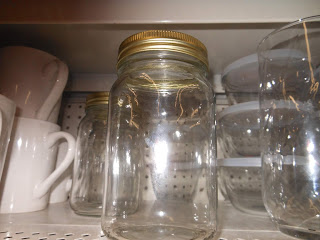 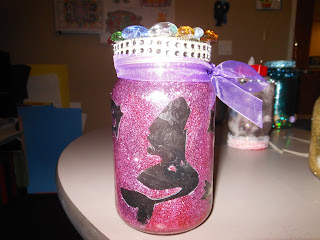 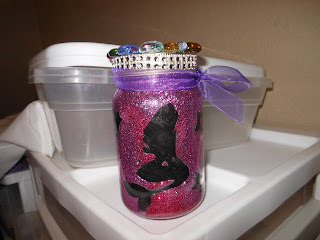 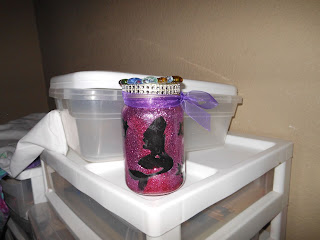 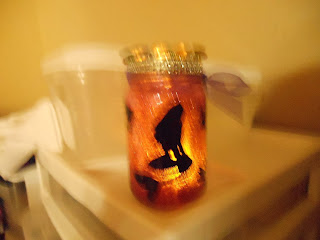 Posted by Jamie Ghione at 2:44 PM 3 comments:
Email ThisBlogThis!Share to TwitterShare to FacebookShare to Pinterest

How to Find a Name??

I saw this today on Sandra's blog: 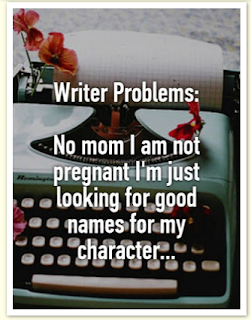 Intersting. This never happened to me personally, but how many others have had this happen?

As I have said many times on my blog, I have often wondered how I chose certain names for my characters, for example, the protagonist of my 80s-set diary novel. Or any of the other characters in the same story. Many people keep telling me "They're just names." I guess that is so. But I have found myself using names I may not have considered at one time. I guess the names just come to me.

How do any of you come up with character names?
Posted by Jamie Ghione at 7:07 AM 3 comments:
Email ThisBlogThis!Share to TwitterShare to FacebookShare to Pinterest

Not a Lot of Blogging This Month 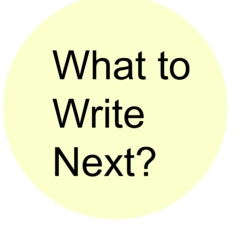 I had so few posts last month and even fewer this month as of yet. I must also admit I have not written anything new, though the other night I did go over and do some rewrites on my diary novel. I've not worked on the sequel in a while. It's also been a while since I attempted different kinds of poems. I'm going to try again soon. I guess I can begin with the edits I have made to my novel. Going to try to get something started. 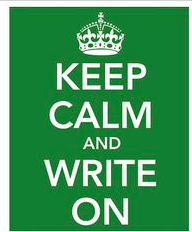 Another thing, this week at work we will be doing the silhouette lanterns. I've already drawn and cutout my silhouettes. I'll be doing a mermaid with some fish and sea plants. After trying many different ways to do this craft, I settles on making the silhouettes from black poster board and gluing them into to inside of the jar with Mod Podge, then adding MP to the reset of the inside of the jar and sprinkling it with glitter. Some of the jars I got for the class have open-top lids and the others are canning jars with the pop-out inner lids. I also got tea lights for inside the jars. I will be posting pictures after Wednesday. So excited to be doing this.

And I have found another project I want to try--the sensory bottle. It's another for which I have found many different ways to do it, so I will have to pick one I want to try.  Some examples are in this link. More on this one to come.


Posted by Jamie Ghione at 12:14 PM 3 comments:
Email ThisBlogThis!Share to TwitterShare to FacebookShare to Pinterest

I can agree with most of this.

Your Easter Egg Says You Are Philosophical

You are incredibly introspective and thoughtful.
You strive to understand the world in a deep way.
Culture, art, and literature of all types interests you.
Almost anything can get you thinking. You don't take anything at face value.

Posted by Jamie Ghione at 8:08 PM 3 comments:
Email ThisBlogThis!Share to TwitterShare to FacebookShare to Pinterest 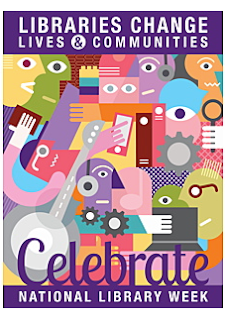 This week is National Library Week and I helped begin celebrating by checking out some book yesterday, along with those I already had out from last week. I plan on going at least one more time this week🙂

In Honor of the week, I decided to include something I saw today from CNN:

In honor of National Library Week, which runs from April 7-13, here are some facts about librarians that might surprise you.
1. They serve more customers than your local movie theater
According to the Institute of Museum and Library Services, around 1.3 billion people visit public libraries every year, more than the 1.24 billion movie theater admissions in 2017. These readers will probably tell you the book is better than the movie, too.
2. There are more of them than you might think
According to the Bureau of Labor Statistics, there are about 126,800 librarians in the US. New York has the most, with 12,360 librarians.
3. They help spies
Want to work for the Central Intelligence Agency? A library degree (and the ability to pass an intensive background check) might be your ticket in. At the CIA, you can earn up to six figures working in their library.
4. They help preserve your favorite music
The Library of Congress has been preserving recordings in the National Recording Registry since 2002. Latest additions included hip-hop group Run-DMC's 1986 album "Raising Hell," Fleetwood Mac's 1977 album "Rumours" and the soundtrack to "The Sound of Music."
5. Their job prospects are on the rise
Employment of librarians is expected to grow 9% by 2026. Some 12,000 jobs are projected to open as communities look to librarians for a variety of information services.
6. They have left their mark on history
Former FBI Director J. Edgar Hoover, author Lewis Carroll, former first lady Laura Bush and China's Mao Zedong all worked as librarians or in libraries.
7. They are trusted resources
According to a Pew Research Center poll, 78% of American adults feel that public libraries help them find reliable sources.
8. They sometimes watch over historic artifacts
The New York Public Library contains around 46 million items, though not all of them are books. It houses a 16th-century globe, an original copy of the Bill of Rights and a Honus Wagner baseball card largely considered to be one of the rarest in the world.
9. Working in a library used to be considered too intense for women
At the end of the 19th century, library work was considered to be too overwhelming for women, and in 1900, the Brooklyn Public Library Association proposed building "a seaside rest home for those who had broken down in library service." Melvil Dewey, who invented the Dewey Decimal System, also believed women would have a hard time working in libraries because of their supposed poor health. Thankfully, these ideas began to disappear around the 1920s.

Wow, that is interesting. I didn't know most of these things.
Posted by Jamie Ghione at 9:38 AM 5 comments:
Email ThisBlogThis!Share to TwitterShare to FacebookShare to Pinterest 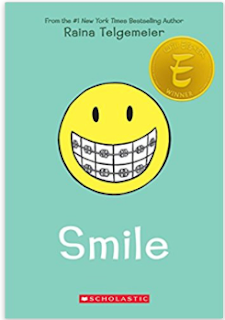 It's been nearly a year since I wrote about how I was deciding on a title for my novel. Eventually I arrived at the title You Can't Hide From the Teeth, after toying with a number of other possibilities, including a title using the phrase "Behind Bars" (this phrase is in the title of one of my chapters). And before I ever I arrived at my title, I got some suggestions, including Smile, which as you can see in my linked post, is the title of a graphic novel that has a plot similar to my WIP. I can just see the two getting confused, should my book ever come to light. And if my book ever does come to light, I can also see myself getting accused of ripping of the aforementioned graphic novel. Incidentally, a title search on Goodreads for "smile" brings up all titles that contain that word, not just those with just the word itself as the title. But confusing titles like this might not be so bad, in fact, there have been some such confusions  with much worse consequences. 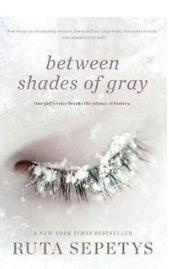 
Posted by Jamie Ghione at 7:20 PM 2 comments:
Email ThisBlogThis!Share to TwitterShare to FacebookShare to Pinterest

Here is the card for April. 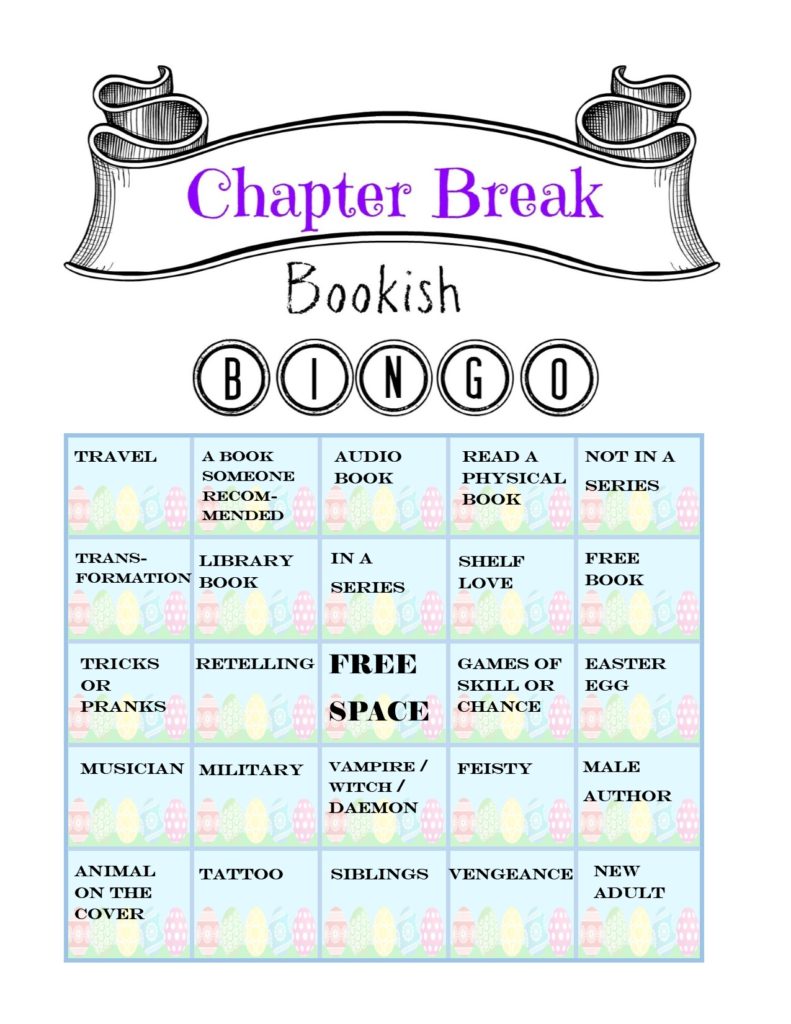 I take an interpret as you will philosophy, but in case you need some clarification:
Transformation – can be physical or emotional.
Easter Egg – can be an actual Easter Egg in an book or a secret clue from pop culture or another book. (See Urban Dictionary for definition.)

Here is what I am reading:
25 squares completed on April 22.
Posted by Jamie Ghione at 5:49 AM 3 comments:
Email ThisBlogThis!Share to TwitterShare to FacebookShare to Pinterest 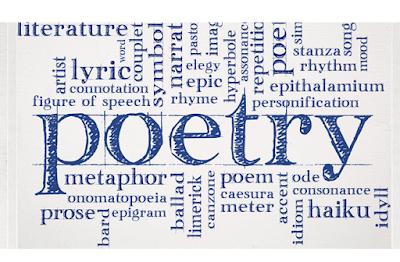 National Poetry Month has begun. Today for my creative writing class, I will be doing a poetry-related exercise. I had planned on waiting until today, but at my last class two weeks ago, I did an intro class, taking a line from a poem to use in one of your own. Today I plan on trying something called a blackout poem. At our writers lab, we did this once. Our leader gave us each a poem and each of us decided what ones we wanted to get rid of, blacking them out with a Sharpie. I selected some poems from books I have at home to use for this at work. I also want to try a group poem whereby each person contributes a line.

And I am still experimenting with writing different kinds of poetry. I am sad the site I was getting them from was taken down, so now I have to look elsewhere for the forms I did not print out from the site. I never realized so many kinds of poems existed. I also want to incorporate this into my class, maybe next time.
Posted by Jamie Ghione at 6:10 AM 3 comments:
Email ThisBlogThis!Share to TwitterShare to FacebookShare to Pinterest
Newer Posts Older Posts Home
Subscribe to: Posts (Atom)