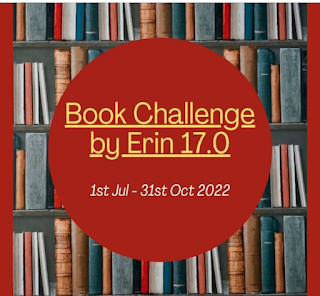 10 points: In a time of war, disease, mass murders, and natural disasters, we'd like to promote a little positivity......Read a book that you predict will bring you joy and happiness (for example, can be a favorite author, a self-help book, one from the humor shelf, or one deemed inspirational): The Homewreckers--Mary Kay Andrews
BONUS ROUND: The Summer Deal--Jill Shalvis
10 points: Read a book that’s set in Canada (since it's Canada Day on the 1st of July): Anne of Avonlea--L.M. Montgomery
BONUS ROUND: How the Light Gets In--Louise Penny

15 points: Read a book by an author who is of a different race/religion than you: Breath, Eyes, Memory--Edwidge Danticat
BONUS ROUND: Queenie--Candice Carty-Williams

25 points: (selected by Jayme Sue) – Read a book published the year of a significant event in your life: Punk 57--Penelope Douglas (published in 2016, the year I began working at Mental Health as mentor)
BONUS ROUND: Somebody's Daughter--Ashley C. Ford (published in 2021, my five-year work anniversary)

30 points: (selected by Danielita) – Read a book that is recommended by the librarian or a book store employee or you discover on the "staff recommendations" shelf: The Coldest Case--Martin Walker
BONUS ROUND: The Anthropocene Reviewed--John Green
30 points: (selected by Carly) – Read a book that includes a trip or a vacation/holiday: People We Meet on Vacation--Emily Henry
BONUS ROUND: We Came, We Saw, We Left--Charles Wheelan
35 points: (selected by Vinay) – Read a book a with one of these five words in the title: earth, air, fire, water or space: Into the Water--Paula Hawkins
BONUS ROUND: With the Fire on High--Elizabeth Acevedo
First round completed on July 20. Bonus round completed on August 25.
Posted by Jamie Ghione at 7:24 AM 1 comment:
Email ThisBlogThis!Share to TwitterShare to FacebookShare to Pinterest

Doing this one again, getting as many books as possible during the time frame indicated.

What’s in it for you?

Drumroll . . . here are the categories!

Still more book hauls over the last few weeks and some unexpected finds.

One was a book written by someone I know. She and my late aunt were good friends. The friend unexpectedly called my cell (having looked up my number) for my mom's birthday. When we called her back, she mentioned having written a book. I then looked it up on Amazon, and saw that it was over $25, even for used copies. I then debated whether to get it or not, as I was so curious. I could have afforded it, but I was just too hesitant. But I wouldn't need to get it from Amazon, as four days later, I was looking at books at local thrift store. They were half-off that day, and just as I was about to leave the store, I glanced around one last time and there lay a copy of the said book. I grabbed it immediately. The book is here and pictured below. 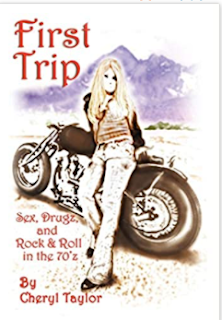 Another book I had been seeing recently online also turned up at the same store when I went again about two weeks later. I was interested in this one upon first hearing about it, but was hesitant about getting it. And then there it was. For something that only came out a year ago, it was amazing to find it in thrift store so quickly. 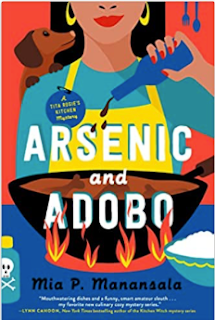 And when trying to find an award-winning book from the year I was born (one of the Book Riot Read Harder prompts this year), I kept looking for such books, but none that turned up in searches could be found at the library or even on the e-book sites I have been using. Among those mentioned were this one: 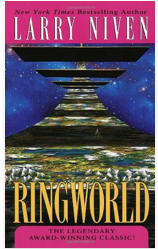 I'm not certain I would have wanted to get this from Amazon. I only read so much sci-fi. But  this turned up at Goodwill in another town. I wasn't sure even then about getting it, but I was having trouble finding other books that were from the year I was born that won any sort of award (this is a Hugo winner). And no doubt it would have been more on Amazon. This was not something I'd expect to find at a Goodwill, though, but there it was.

The Goodwill store is in the same town as the now-closed used bookstore was. I'm still sad about that 😢

Posted by Jamie Ghione at 8:43 AM 2 comments:
Email ThisBlogThis!Share to TwitterShare to FacebookShare to Pinterest

This one is at Beyond the Bookends. It actually started on May 1, so I included books I've already read this month that fit. Will cover as many squares as possible.

My Books:
Challenge completed on August 9
Posted by Jamie Ghione at 10:39 AM 1 comment:
Email ThisBlogThis!Share to TwitterShare to FacebookShare to Pinterest

Booklist Queen is having this summer reading event. 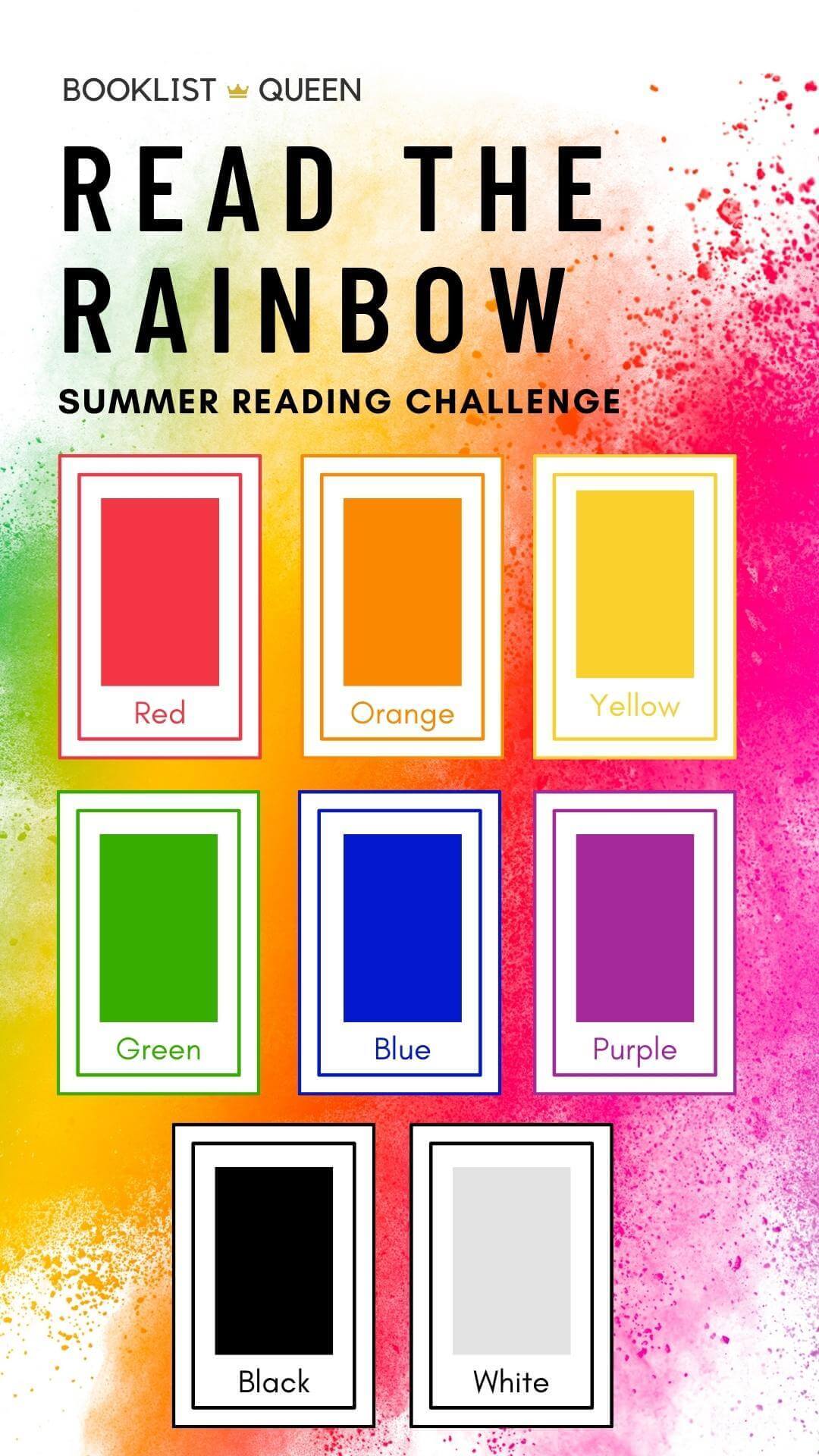 This summer, let’s try to read the rainbow. That’s right, I want you to read books in all different colors. You’ve got your standard ROYGBIV – Red, Orange, Yellow, Green, Blue, and Purple. And just for fun, I decided to throw in black and white, too.

What this is (from the Blogging A to Z blog):
This is a great opportunity to catch up on the many blogs you would have liked to have spent more time visiting, but didn't during the Challenge, and a chance to visit the blogs of people who did the Challenge that you never got to. And, if you're one of those people who did the Challenge but didn't get a lot of visitors, this is a way to let people know that you'd appreciate a visit.
There's no set time limit to the Road Trip (i.e. no specific end date), so if you wanted to, you could visit everyone who was part of this year's Challenge between now and the start of next year's Challenge. If that's what you want to do, go for it! Most importantly, have fun!
Yes, I'm going to try to get to blogs I did not get to during the challenge. I'm one of those Blogger users who has been forced to comment anonymously, and that slowed me down on commenting. It still will, since the thing has seemingly not been resolved. But I will comment anonymously if needed. Since there is no time limit, I will view as many blogs as I can per day. I'm also hoping others will view mine as well, if they did not already do so. Happy road trip to all those who take part.
Posted by Jamie Ghione at 3:28 PM 1 comment:
Email ThisBlogThis!Share to TwitterShare to FacebookShare to Pinterest

Wow, already seeing posts for summer reading challenges! Here is a new one to me, with a prompt for each summer month. 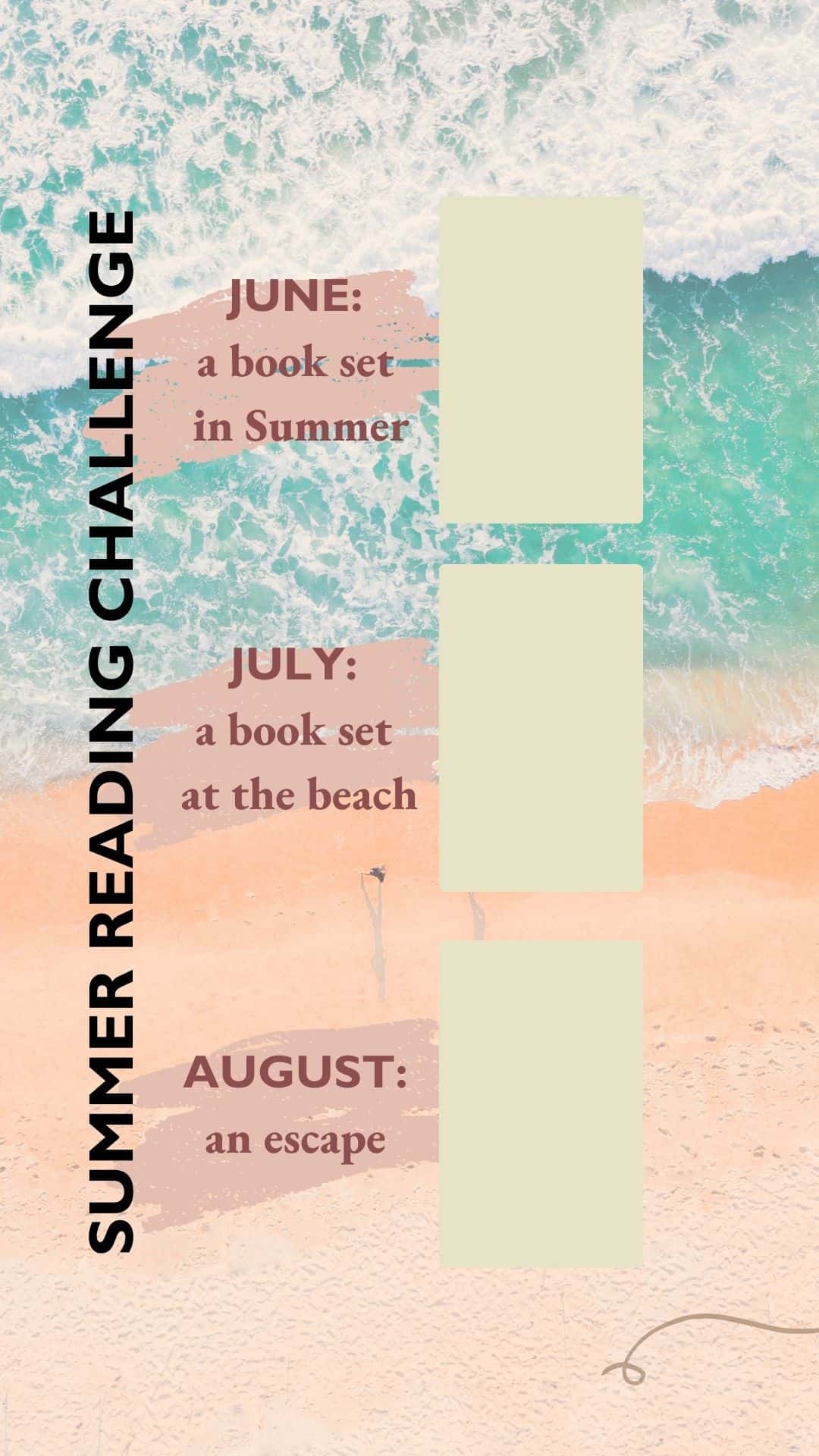 June: The Summer of Jordi Perez--Amy Spalding
July: Beach House for Rent--Mary Alice Monroe
August: We Came, We Saw, We Left--Charles Wheelan
Challenge completed on August 3
Posted by Jamie Ghione at 7:15 AM 1 comment:
Email ThisBlogThis!Share to TwitterShare to FacebookShare to Pinterest

Here is the card for May. 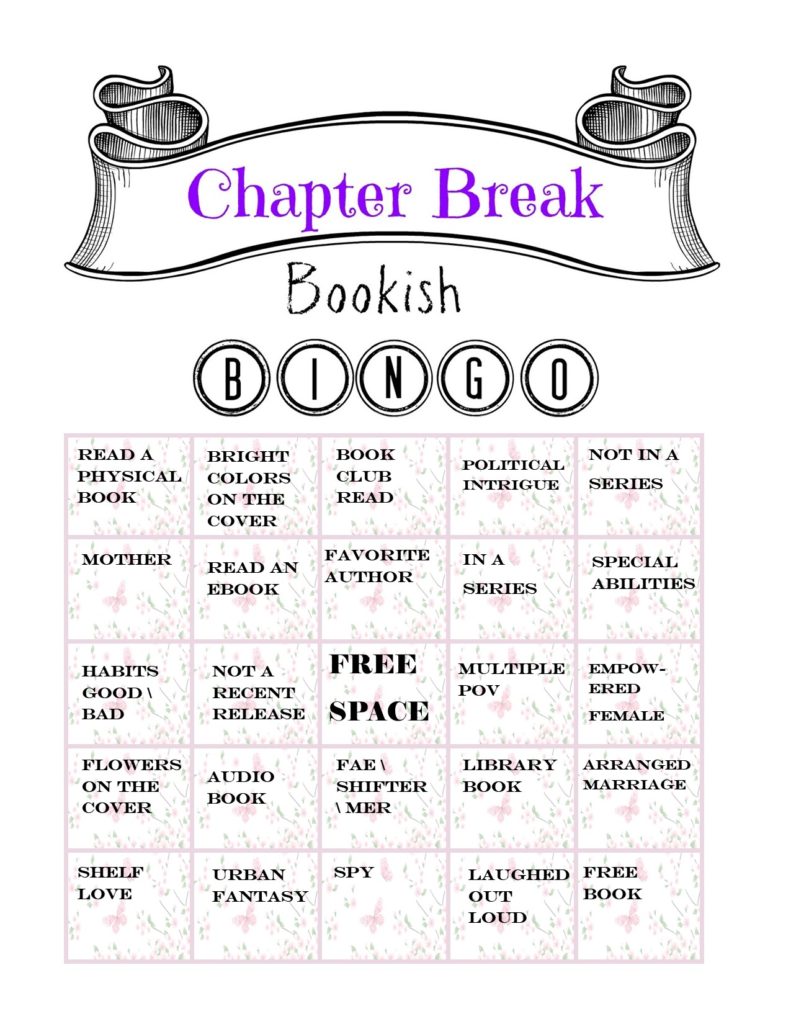 25 squares completed on May 24
Posted by Jamie Ghione at 6:57 AM 1 comment:
Email ThisBlogThis!Share to TwitterShare to FacebookShare to Pinterest

This week, participants in the Blogging A to Z are doing Reflections Posts.

This was my second time participating in the A to Z. I'd prepared my posts ahead of time at the end of March, then edited each as days went on.

I was not surprised that my Forgotten TV Shows theme stumped so many people! A lot of those commenting did not know the shows mentioned! But I'm sure they learned some things. There were lots of comments on the first few posts, but  fewer as the challenge wound down. It was still great to get comments, though. And I was amazed when people said that they actually remembered a show I presented. There were lots of other shows I could have mentioned, and it was hard narrowing the posts down to just one per letter. I did some bonus posts, and wanted to do more of those, but as the A to Z would down, I got so blogged-out and TV-ed out!

As part of participating in the challenge, I visited other blogs and left comments on those. Several others wrote poetry, which is always fun. Another did TV show theme songs, one I knew I had to visit for sure. Yet another did songs from 1981, they year I was 10, so that was great flashback. Vinyl records, Youtube, and recipes were other themes I enjoyed seeing. And there are just too many others to mention!

I had several other themes in mind when the year began, though I wasn't sure about doing the A to Z this year.  But I'd already jotted down ideas for this one, and and when I tried to come up with other themes, I just could not decide on what to include for those. I now plan to begin brainstorming themes for next year as early as possible and hope to narrow my choice down by next March when the theme reveal begins.