Quiz: What Flavor Cupcake Are You?

What Flavor Cupcake Are You?
Blogthings: Take a Quiz. Annoy Your Friends.
Posted by Jamie Ghione at 2:31 PM No comments:
Email ThisBlogThis!Share to TwitterShare to FacebookShare to Pinterest 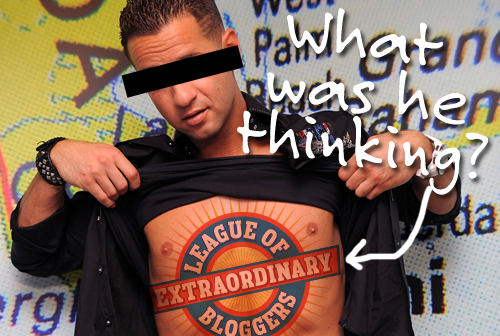 
What do I consider a guilty pleasure of mine?  Well, there is something I have been wanting to confess.  I've been watching a weekly program that some of you readers might not be familiar with, particularly if you're not from California.  It's  a weekly program that looks at people, places and lifestyles of California, titled "California Bountiful."  It airs regionally and locally throughout the Golden State, as well as nationally on cable's RFD-TV.    Episodes can also be seen on the website and on Youtube.

My nearest NBC station KSBW, in Salinas (near my hometown of Hollister) carries the program on Fridays at 12:30PM, right after the midday newscast (the channel airs informercials in that same timeslot on Monday through Thursday).  Originally it was called "The Voice of Agriculture." I remember seeing this on this station in the 80s on Saturday mornings, just before the cartoons came on.  Sometime around 2010, I stumbled onto a program called "California Country" after the midday news on KSBW one Friday.  I eventually Googled it ad saw that it was in fact the successor program to "The Voice of Agriculture."  On December 30, 2011, I turned on the station and saw that the show had been retitled "California Bountiful." They also have a magazine.  The program and magazine is put on through the California Farm Bureau.

Most of the shows episodes focus on food production, gardening and farming, something I'm not real big on.  So it might seem strange as to why I actually enjoy this show.  Often they will show chefs from California preparing a dish on the show (the recipes can be found on the website).  I like to bake desserts sometimes, but don't always have the time (more on this later).

I know some of you are probably bored with all this info, especially if the whole idea is lost on you. And I can see how it would be if you're not a California native.  But this is the first thing that came to my mind when I saw the title "guilty pleasures."  Even those in CA I know might think this is kind of a weird thing to enjoy watching.  A family from my hometown was mentioned on the program once this season, in a  segment on tomato growing.

Something else I want to mention.  I find myself collecting recipes for dinner and desserts, recently via Pinterest. I guess this is another guilty pleasure.  I'm hardly big on food, but find myself watching a program on food production, and collecting recipes I never seem to have time for :-)  Some of the sinner recipes involve using a slow-cooker, which I don't have, and some dessert recipes I've found require another something I have been lacking: a blender.  I've been able to live without these so far, but now I find myself gathering recipes that I will need these gadgets for!  Along with recipes, I've gathered other ideas on Pinterest that I seem to have little or no time for, such as craft projects and DIY ideas (housecleaning tips, etc.)  I've tried one idea that I'm now into: making ice cubes from Kool-Aid.  It's really fun.

Another thing I've been enjoying is reading series of books.  I guess I can say reading teenage book series is a guilty pleasure, though plenty of older people have read the "Twilight" saga books and have seen the five films based on the books.  I've also been reading various cozy mysteries books, including those with food themes. Such books contain recipes.  Yes, more food themes here!  Again, I get tempted, but can't seem to find the time for.  Some such books include the Hannah Swensen mysteries by Joanne Fluke. I've read several of these already.  Other such books are Diane Mott Davisons' Goldy Schulz books and Jessica Beck's Donut Shop Mysteries.  I have some of these books I have yet to read. and I joined a "Foodie" reading challenge.

And I remember watching the Food Channel before I moved out of my mom's house.  Especially when Emeril Lagasse's how as on.

Only somewhat pleasurable, but I found myself guiltily watching and reading food stuff when I barely have time to even cook dinner. Having to be early to bed and early to rise takes away most of my energy and time for cooking. Even though I see lots of tempting recipes, I can't seem to find time for them.

What's Your Favorite Color?
Blogthings: If Quizzes Are Outlawed, Only Outlaws Will Take Quizzes
Posted by Jamie Ghione at 1:15 PM No comments:
Email ThisBlogThis!Share to TwitterShare to FacebookShare to Pinterest

Ok, here I am again signing up for another reading challenge.  I just came across this one. I'm currently reading the "Elm Creek Quilts" series, so this one fits.  This is hosted by Anastacia Knits. To sign up, visit this link.  Below are the details copied from Anastacia's blog:

The rules:
* any crafty related fiction book counts, whether it’s quilting, knitting, crocheting, sewing, embroidery, scrapbooking, etc.
* pattern books for the most part, are excluded, with a few exceptions: books by Elizabeth Zimmermann that are very chatty & contain stories, not just patterns, will count IF you read cover to cover. I won’t be policing you, so use your own judgement.
* non fiction craft books, such as “Crochet Saved My Life” are included (haven’t picked up the book yet? Go to https://www.createspace.com/3928868 and plug in coupon code 76K89G9K for 20% off). Thank you, Kathryn!
* any format is fine: ebook, print book, audio book, reread
* yes, you can also cross over to other challenges, if you like
* reviews are not necessary, but would be very nice for the authors (on your blog, on goodreads or amazon, wherever)
* I’ve started adding a list of crafty books that count for this challenge
If you are a blogger, please write up a blog post talking about the challenge, include the button or header graphic I made above (I’m sorry, I don’t know how to do the fancy code so you can just grab it) and link to this post at http://anastaciaknits.net/2013/01/12/crafty-book-challenge/ so that others can find out about this challenge & join in! When writing up your post, please be sure to tell us how many books you want to try to read!
Non-bloggers, you can join in by commenting on your goals!
I am planning on reading 7 books this year – the only one I know I’ll read for sure is Crochet Saved My Life.
_________________________________________________________________________
As I said earlier, I am working on reading the "Elm Creek Quilts" books and thinks this is good challenge.  As I began reading the series, I began to wonder what other books are similar to these. I'm now going to find some.
Posted by Jamie Ghione at 5:36 PM No comments:
Email ThisBlogThis!Share to TwitterShare to FacebookShare to Pinterest

What Emoticon Best Represents You Right Now?
Blogthings: Discover the Parts of Your Personality that Have Been Hiding
Posted by Jamie Ghione at 3:34 PM No comments:
Email ThisBlogThis!Share to TwitterShare to FacebookShare to Pinterest
Newer Posts Older Posts Home
Subscribe to: Posts (Atom)