Since reading the book Gone Girl in February for my book club, I've been waiting to see the film based on this novel as it comes out this weekend.  I've seen the trailers online for the last few months and on TV a day or so ago.  Hearing about the movie made me want to read the book even more (I'd bought a used copy of the book in December last year).  I loved the book even more than I expected and got even more excited for the movie.  The trailer is here.


This won't be the only book-to-movie adaptation I read and then watched this year. It's nothing new to see such adaptations as most people know, but this year there were a lot of them.  More than I can recall in any other years.  I was alerted to this through this Buzzfeed article in January. This got me into reading several of the books being adapted to film. And since one of the reading challenges I joined as a "Book to Movie" one, this gave me lots of options.


Of all the books-to movies listed in the article, I read and watched the following this year:

Divergent
Heaven is for Real (That one wasn't mentioned in the Buzzfeed article, but someone mentioned it in a comment)
The Fault in Our Stars
The Hundred-Foot Journey
The Giver
This is Where I Leave You
The Maze Runner

I also watched Vampire Academy and If I Stay, the books of which I read prior to this year. And I read Wild as well and will try to catch that movie in December. And I may try to read some of the other books mentioned and watch the DVD later.

Many of you will argue that the book is better, and most of the time I agree.  Some of my book group members argued that the film based on This is Where I Leave You was actually better than the book.  I've been guilty in the past of seeing a film without reading the book, but in some cases I was not aware of that the movie was based on a book.  I barely read the book The Devil Wears Prada earlier this year, having seen the movie when It was released in 2006 (and I have the DVD).

Now I wonder what the next big book-to-movie will be.   I've read a great number of books that I can see becoming films.  Will have to wait and see  what will be.

Posted by Jamie Ghione at 8:23 PM No comments:
Email ThisBlogThis!Share to TwitterShare to FacebookShare to Pinterest

Quiz: What Bright Color Are You?

What Bright Color Are You?
Blogthings: 100's of Fun, Free Quizzes!
Posted by Jamie Ghione at 9:38 PM No comments:
Email ThisBlogThis!Share to TwitterShare to FacebookShare to Pinterest

Quiz: What Color Do You Paint the World?

What Color Do You Paint the World?
Blogthings: 100's of Fun, Free Quizzes!
Posted by Jamie Ghione at 9:35 PM No comments:
Email ThisBlogThis!Share to TwitterShare to FacebookShare to Pinterest

Can you believe it's been 20 years since the premiere of Friends on NBC in 1994?  Today marks that anniversary. The show became of the longest-running and most favorite sitcoms of all time. Most of tis stars had previously been in short-lived series.  I watched nearly every season until the show ended in 2004.  I own three of the seasons on DVD.  The show still airs in reruns on TBS.  Certainly one of the best shows of all time.


Posted by Jamie Ghione at 10:04 AM No comments:
Email ThisBlogThis!Share to TwitterShare to FacebookShare to Pinterest

I saw this today at Kmart.  It's just the same thing they always do at this time of year. I've said it before and I will say it again--it's too early for Christmas stuff at the end of September.  But what I saw today is definitely appalling. 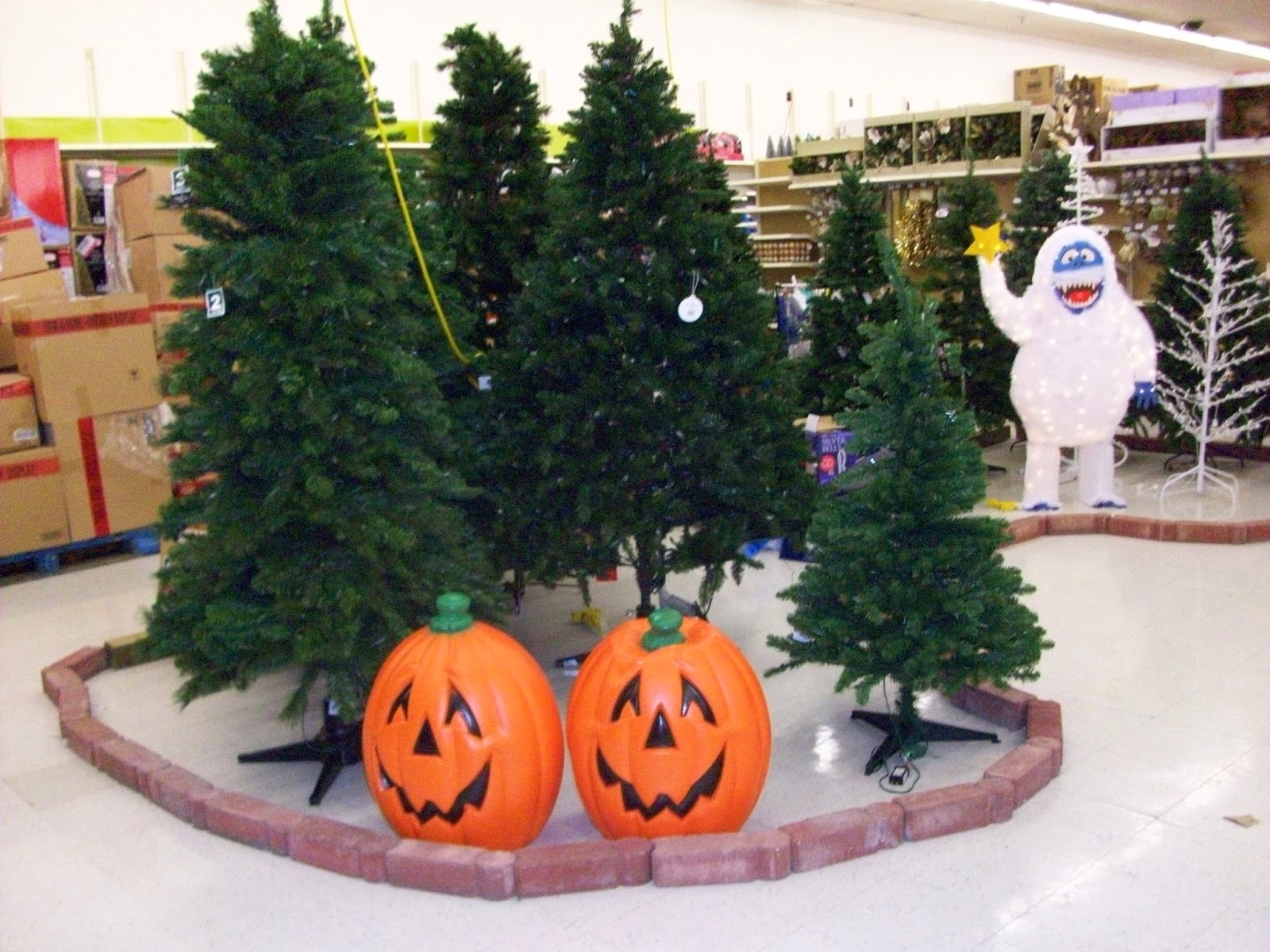 Just not right.  You have to wonder if this was a prank done by a customer.  For an employee to do it, it would constitute laziness. The Christmas stuff can wait another month.   A true nightmare before Christmas, and it's not even Halloween yet.  They just barely put out the Halloween and are doing Christmas now. Sheesh.

And on a side note, the citizens of our town  have to wonder how Kmart is going to do against the Spirit Halloween store.  Out town got one of those stores for the first time in about 15 years.  This may be a small town, but Spirit has Goodwill, Kmart and Target to compete with.   Though Target has fewer costume options--mostly ones for kids and dogs.  And the Spirit selection seems a little better than that at Kmart. I've already visited the Spirit store at least four times since it opened almost two weeks ago.  Still haven't bought anything, but there is still time.

Please, don't make us worry about Christmas yet.  And no ore pranks like this one.
Posted by Jamie Ghione at 6:12 PM No comments:
Email ThisBlogThis!Share to TwitterShare to FacebookShare to Pinterest

The Changing Leaves Test
Blogthings: 100's of Fun, Free Quizzes!
Posted by Jamie Ghione at 12:10 PM No comments:
Email ThisBlogThis!Share to TwitterShare to FacebookShare to Pinterest

Quiz: What Part of Fall Are You?

What Part of Fall Are You?
Blogthings: 100's of Fun, Free Quizzes!
Posted by Jamie Ghione at 11:34 AM No comments:
Email ThisBlogThis!Share to TwitterShare to FacebookShare to Pinterest
Newer Posts Older Posts Home
Subscribe to: Posts (Atom)