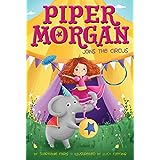 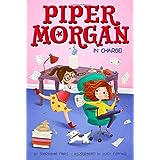 This week, author Stephanie Faris celebrates the release her her two new books (click images above) with guest post on different blogs. Today on my blog, she posts about finding support groups for writers.

How to Find Great Writer's Groups
by Stephanie Faris
“No man is an island.” That line from a 1600s-era poem is often used to remind us that we don’t have to operate alone. All around us are people willing to help us out. All we have to do is get to know them.
For writers, it can sometimes seem like we’re stranded alone on an island. We have the Internet to connect us to those who do what we love, but there’s something about finding that small group of writers that shares your achievements and rejections with you.
When I was just starting out, that group was my local chapter of Romance Writers of America. Once a month, they met in a tiny conference room at a mall. I formed friendships inside that group that lasted for years. Four of us started a small critique group and exchanged pages each week. I traveled to other RWA meetings in other cities with some of my fellow members. We communicated online between meetings and had a Christmas party every year where we exchanged presents.
By the time I joined the Society of Children’s Book Writers and Illustrators, I already had an agent. That put me in a weird position. Many of my fellow published authors in my local group have been together since their early days. They “grew up” together as authors. I missed all of that with children’s writers, since I “grew up” writing romance and moved to a new genre. Kind of like that kid whose parents move her to a new school during senior year. You never quite “fit.”
So for unpublished authors, that would be my biggest advice. Find a writer’s group that fits and grow up with those authors. You can search for your own genre-specific group (romance, mystery, children’s, etc.) or you can look for local groups that meet monthly near your house. Meetup.com is a great place to find writer’s groups. Just search your local area and look for one that’s active.
Don’t discount the value of online groups. If you’ve joined a writer’s organization that doesn’t meet monthly, look online to see if they offer a critique group partnering service. You can also look for Facebook groups specific to your Genre (Children’s Authors and Illustrators on Facebook is one) and network. Ideally, you’ll find often the best connections are made in small groups, so look for people who seem to be experiencing issues similar to yours and engage with them.
Piper Morgan
By Stephanie Faris
Press Kit

When Piper Morgan has to move to a new town, she is sad to leave behind her friends, but excited for a new adventure. She is determined to have fun, be brave and find new friends.
In Piper Morgan Joins the Circus, Piper learns her mom’s new job will be with the Big Top Circus. She can’t wait to learn all about life under the big top, see all the cool animals, and meet the Little Explorers, the other kids who travel with the show. She’s even more excited to learn that she gets to be a part of the Little Explorers and help them end each show with a routine to get the audience on their feet and dancing along!
In Piper Morgan in Charge, Piper’s mom takes a job in the local elementary school principal’s office. Piper is excited for a new school and new friends—and is thrilled when she is made an “office helper.” But there is one girl who seems determined to prove she is a better helper—and she just so happens to be the principal’s daughter. Can Piper figure out how to handle being the new girl in town once more? 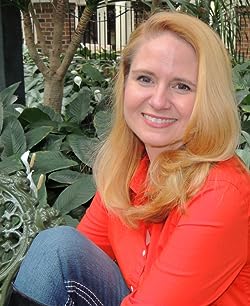 Bio: Stephanie Faris knew she wanted to be an author from a very young age. In fact, her mother often told her to stop reading so much and go outside and play with the other kids. After graduating from Middle Tennessee State University with a Bachelor of Science in broadcast journalism, she somehow found herself working in information technology. But she never stopped writing.
Stephanie is the Simon & Schuster author of 30 Days of No Gossip and 25 Roses. When she isn’t crafting fiction, she writes for a variety of online websites on the topics of business, technology, and her favorite subject of all—fashion. She lives in Nashville with her husband, a sales executive.
Links:
Website
Blog
Facebook
Twitter
Instagram
Posted by Jamie Ghione at 4:59 AM
Email ThisBlogThis!Share to TwitterShare to FacebookShare to Pinterest