Just after I began more editing on my story, I came across this link: 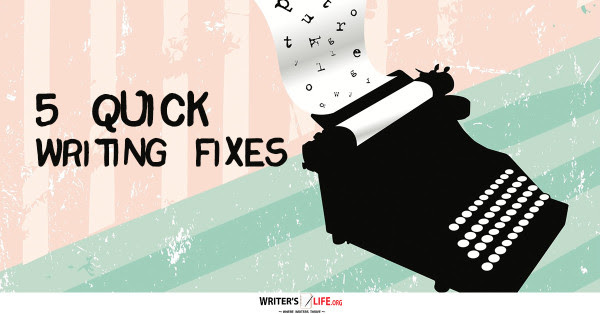 
1. Recognize the words you overuse
We all have our favourite words and phrases that seem to crop up time and time again in our work. If you can recognise yours, then it is super easy to do a search (ctrl/ cmd + f) to find them and change them to something else. You can also search for words such as ‘like’ ‘really’ ‘very’ and ‘just’ which writers tend to drop into their work unnecessarily, and get rid of these too!
I'm not sure which words I overused, as this was not something I was a ware of.  Now I have to look out for any.

2. Look out for the passive voice
If you have ever used a writing aid such as Grammarly, you’ll know that using the passive voice is an absolute no-no. Sentences tend to be much stronger when written in an active voice. If you can look out for these and change them, your writing will be all the better for it!
Yeah, I've heard this one many times, though like many people I have trouble avoiding it, especially when I don't know "Who dunnit?" or when the emphasis is on the "do-ee" rather than the "doer." How often does one see the verb assassinate in active voice? The emphasis is almost always on the victim, not the killer.
Again, I'm uncertain how often I used it in my story. Now I guess I have to look it over for that.

3. Eliminate wordiness
It is so easy to overwrite parts of your story or article in your first draft. Every writer does it, and this happens particularly frequently when you are struggling to write but want to reach your aim of 1,000 words (or whatever goal you have set for yourself that day). Beautiful descriptions are great but instead of using three words – find the perfect one and just use that instead.
Now I know I've been looking for this each time I edited my story.  When I typed it from my handwritten notes, I looked for repetitive passages, lines and sentences in within one chapter, and those that repeated from or in previous or subsequent chapters.

4. Check your dialogue
If you have lots of dialogue in your text, it is important to make sure the reader knows who is saying what.
At the same time, there is nothing more annoying than reading the words ‘he said,’ ‘she said,’ at the end of every piece of dialogue. If it is evident who is doing the talking, trust that your reader will know this and get rid of the narrative tags.
This I knew already. From stuff I've read, I've learned it's not always necessary to say who said what, particularly when the same two people are conversing with each other.

This was one reason I didn't want to leave the people I mentioned in my memoir anonymous, since by saying "he," "she" or "they," it would not be clear in some cases who was being referred to, and there would be problems with who said what.


5. Check for inconsistencies
It can be so easy to get muddled when it comes to dates, times of year, weather, characters ages and so on.
Look out for where you have mentioned these things and check you are consistent throughout i.e. if it’s the summer, make sure it isn’t snowing (unless it’s specifically pointed out that it’s snowing in summer!).
Yes, this is a big one.  I tended to repeat some information in some chapters (I didn't delete it if I felt it was necessary), so I know I haven't been inconsistent in that regard.  But now I must look it over again to see if I did miss any.

I was mostly aware of some errors in spelling I had made and some necessary words I had omitted by mistake.  When I ran spell check, I saw that I had mistyped the word "antidepressant" more than once.  I found that weird!
What else should you look out for when editing?

Posted by Jamie Ghione at 9:13 AM
Email ThisBlogThis!Share to TwitterShare to FacebookShare to Pinterest