My Prozac Story: One Year and Counting 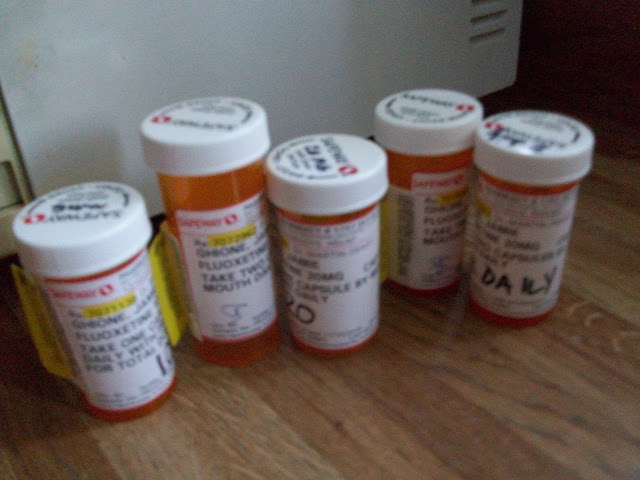 As I continue editing and changing my memoir of depression, I have officially reached one year on Prozac.  I last saw the psychiatrist last Wednesday. It was the one I'd seen over a year ago before he went on an indefinite leave. Other doctors covered for him, including one I saw about six times--the one who prescribed the meds last summer.

At my initial visit with the psychiatrist in July 2015, the staff nurse took my blood pressure three times, thinking it seemed low. The doctor then suggested I get a physical exam before my next visit with the new temporary psychiatrist the following month. I had to wait nearly a month before I got my physical exam. The thought of seeing a doctor has always triggered my anxiety.  I often worry I will hear something bad.  But that was not the case here. Three days later I got my Prozac prescription, and started taking it the following morning.  I started at 10 mg, then 20 mg, later 30 mg and since the beginning of this year, 40 mg.

I was warned of the side effects before beginning.  Drowsiness was one I tend to have and once in a  while I will have thoughts of harming myself or fears of someone trying to harm me. I have told my doctors of this and have been watching for these.

As I said in this post, I knew reading Prozac Nation was a must for me.  I could identify with parts of what the author described in her memoir.

I then watched the film based on the book after my mom recorded it from cable. The DVD wasn't available on Netflix, though I was able to find a used copy on Amazon.  The photo below was taken of the DVD cover and has been my Facebook profile picture for a few months now. The photo at the top of the post is my empty meds bottles, and has been my cover photo on FB for about the same amount time.  Long story as to why I haven't changed them :-) 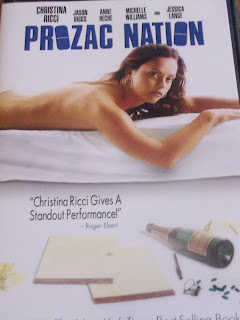 If you've been reading my blog, you know I have been working on a memoir of depression and anxiety and getting onto Prozac. It was reading Prozac Nation that made me want do it. For a while, I felt my story was too similar, but was told by everyone I know that everyone's story is different.  There are some similarities, but each story is one of a kind.

The title I chose for my memoir is Delays and Detours on the Road to Prozac: A Memoir of Depression and Anxiety.  The journey continues...


Posted by Jamie Ghione at 11:59 PM
Email ThisBlogThis!Share to TwitterShare to FacebookShare to Pinterest