What Font Would You Use for Your Manuscript?

This past weekend I looked over my manuscript for errors, omissions, and stuff I wanted to add or delete and fixed these. I also ran spell check, something I had not used for so long since it has been so long since I'd typed such a long document.  For some reason, after doing the spell check, my document changed fonts. I'd typed it in Garamond, but it went  to Helvetica which is the default font on my word processing. Again, it's been so long since I've used this application, so I had forgotten some of this.  I had to select all and reset the story in Garamond. 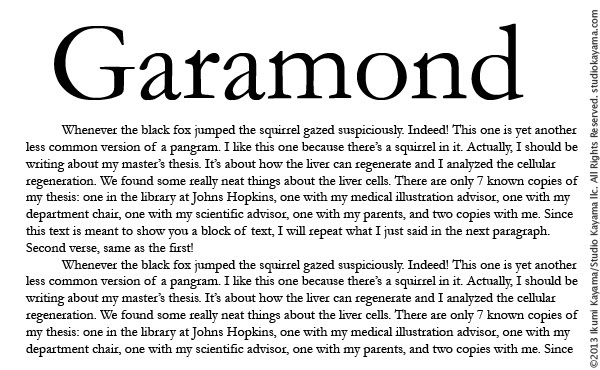 I chose Garamond because I had looked in a book I had at home to see what font it was typed in and this was the one indicated.  Here's how the title of the book Prozac Nation looks in Garmaond in italics, I rather like how the letter z looks in Garamond :-)

What font would you use for a manuscript?

Posted by Jamie Ghione at 7:14 AM
Email ThisBlogThis!Share to TwitterShare to FacebookShare to Pinterest