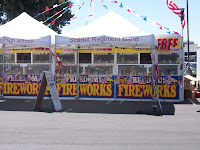 It's barely the end of June and the summer season officially started eight or nine days ago.  And the Fourth of July is just four days away. So it's not unusual to be seeing the temporary stands (seen at left) with different organizations selling fireworks being set up over the last week or so.  And seeing summer toys such as water pistols, swimming goggles,  and buckets and shovels in stores is obviously occurring now.


But over the last month I have been noticing  holiday stuff at thrift stores for Easter, Halloween and Christmas.  Why is this?  Easter is over and not everyone is thinking about Halloween and Christmas just yet.   I'm already dreading seeing the Halloween and then Christmas stuff arriving where I work.  We have two new employees who have yet to see any of the seasonal items, but they will be seeing these items soon, before summer is even over.  We can expect Halloween first, around mid-July or early August. And expect to see the Spirit Halloween banner at the end of July (as was true last year) on whatever abandoned building they plan to take over this year in your neck of the woods.  Last year, in Gilroy, CA they took over the building vacated earlier in the year by Famous Footwear after years of opening in the former Linens & Things building that was taken over by Marshalls last year. 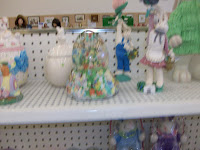 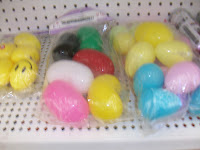 Now for the holiday stuff currently at the Goodwill.  Why does goodwill think people are going to buy plastic Easter eggs in June? Unless there are crafters planning for next Easter, I'm not sure how many of these are being sold right now.  It's almost as weird as seeing Valentine candy at the store in September or Halloween candy just before Christmas, as I have seen in the past.   But that's probably even worse-this candy still edible months after the holiday it represents?   And these random doo-dads for Easter, just with do people do with these things?  I've never seen much use for them, as cute as they may be.  Those holiday snow globes always seem cute, but I can't seem to find a place in my house where these things would be safe and not crash to the ground.  UGH! I don't even want to  imagine what would happen! 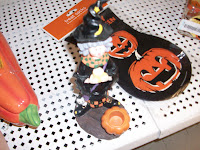 Halloween is the next holiday (aside from Labor Day) coming up and I can see some people already planning on his one.  I'm beginning to wonder what the hottest costume this year will be.  And I'm thinking I should re-list my Halloween stuff on Etsy soon to see if any of it sells this time.  Last year was my first time selling on Etsy, but it was without success.  As I said earlier, don't be surprised if you see a Spirit Halloween store banner on some vacated retail building as early as the end of July even though most such stores don't open till as early as Labor Day weekend. 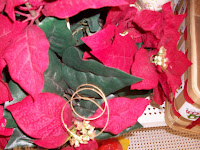 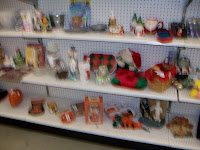 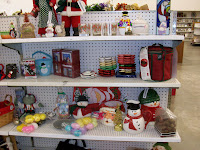 It's even weirder that all the different holiday stuff gets mixed together on one shelf, almost as if they are trying to make all the holidays into one.  Often something once associated with one holiday becomes customized for another. Gingerbread houses, once a staple of  Christmas are now made for Halloween as well.  That ever- present candy corn? Not just for Halloween anymore.  It now comes in all color schemes for all holidays.  And according to one blogger, during Halloween season thrift stores often misplace items in that section .  I guess they too often associate Darth Vader with Halloween, and think someone will use a Playstation controller guitar prop as part of a rock star costumer.  I once saw Halloween candy mixed in the Christmas display at Goodwill and could not help thinking that that is just so wrong, as well as wondering if the candy was still edible after almost two months.  I mean, it's bad enough you see Halloween candy in regular stores as early as August. Who buys it then? 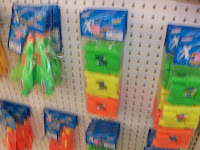 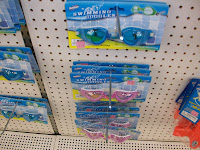 Also I'd like to  note that until about last week the holiday shelf was across from the wall that was carrying the summer toys. The positions of each of these displays has since changed, but the items are still basically the same.
Posted by Jamie Ghione at 9:29 PM
Email ThisBlogThis!Share to TwitterShare to FacebookShare to Pinterest