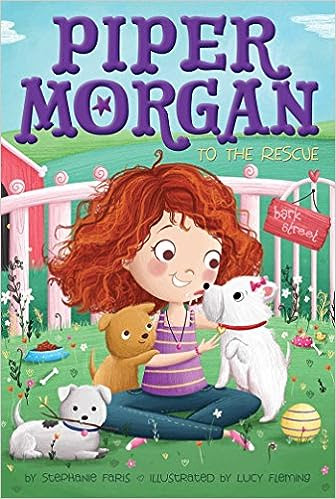 Stephanie Faris, the children's author whose blog I regularly follow (and who commented many times on my blog posts) is doing a guest post along with a reveal of her new book's cover (above). See her blog for a giveaway.

Since I am working on possible memoir or autobiographical novel (fictionalized memoir), the subject of the guest post is:

How Life Informs Fiction
by Stephanie Faris
If you write long enough, you’ll meet at least a few people who tell you they’ve always wanted to write a book. Nine times out of ten, the book they want to write is a memoir. After all, they’ve led such an interesting life, the rest of the world would love to read all about it.
There’s something I’ve figured out, though. Real life is messy. We may think it’s interesting, but most of our lives are made up of numerous super-interesting moments, interwoven with many, many days of going to work, coming home, eating dinner, and going to bed. When we condense it all into a book, the truth is, most people really wouldn’t care.
Fiction, however, is a completely different matter. In fiction, you pull from those moments and put them in your books. My own books don’t have specific moments from my life, although I did pull a few scenes of my life for a book I write that probably will never get published. It was quite interesting, reliving those moments in my mind…and even then, I didn’t tell the story exactly as it happened. I condensed it and made it much more interesting.
Snippets of my life can be seen in all of my books, though. The junior high school I attended, which was demolished long ago? That is the setting for all of my tween books. The friends I had, the boys I dated…parts of them go into every character I write. It’s only human nature to draw on what we know as we create characters.
But the process of writing a book is so much more fun when you’re making it all up as you go. As a fiction writer, you breathe life into your characters. They then surprise you with how they interact in the story. It would be wrong to say novelists don’t pull from our real lives. We just cleverly disguise it in a way that is much more interesting to read than the true story would have been.

Stephanie Faris knew she wanted to be an author from a very young age. In fact, her mother often told her to stop reading so much and go outside and play with the other kids. After graduating from Middle Tennessee State University she somehow found herself working in information technology. But she never stopped writing. When she isn’t crafting fiction, Stephanie is indulging her gadget geek side by writing for online technology sites. Her work is regularly featured on the small business blogs for Intuit and Go Payment and she is a featured columnist for SmallBizTechnology.com. She lives in Nashville with her husband.

Posted by Jamie Ghione at 5:04 AM
Email ThisBlogThis!Share to TwitterShare to FacebookShare to Pinterest