How to Avoid Writing Clichés 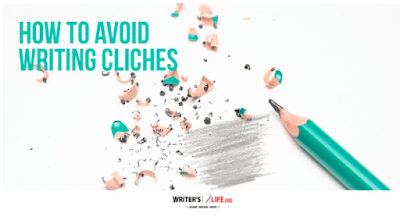 It can be pretty tough to write an entire novel without slipping into certain clichés. However, there’s not much that will turn your reader off faster.
Clichés tend to interrupt the flow of the story and show an absolute lack of imagination and creativity from the writer. If you are trying to get a publishing deal and your book is full of clichés not only in your writing but also using a clichéd idea, no publisher is going to bite.
It’s not easy to avoid writing clichés altogether, and often we use them without even noticing we’re doing so. So how can we weed them out, or better still prevent them entirely?
Here are some helpful tips:
Don’t steal other writer's ideas
Some plots have just been done to death. They have been written and rewritten so many times it’s almost impossible to avoid falling into the trap of a cliché if you choose to focus your story around them. When writing a book, your idea needs to be unique. Make publishers, editors, and most importantly your readers sit up and take notice of something that hasn’t been done before.
Avoid being overly sensational.
There is a myriad of moving subjects to choose from when writing a book, and lots of great books have murder, car crashes, bombs going off, wars, descents into madness and so on as part of their plots. However, these sensational subjects can be challenging to write without falling into clichés.
This doesn’t mean you can’t tell stories that include these elements. But when you do, pay particular attention to your writing and be alert for any clichés that may appear.
Make the ordinary extraordinary.
One good way of avoiding clichéd writing is by turning everyday events and occurrences into beautiful, unique, unusual, life-changing adventures. It’s more of a challenge, but by focusing on smaller, more unusual things that happen in everyday life, or taking something that we are all familiar with yet making it suddenly breathtaking or extraordinary is a great skill to have as a writer.
Tell your story the way you want to.
No one can tell your story or share your experiences the way you do. If you continue to write clichés, it suggests that you are not being honest with yourself. You have a unique perspective and an original voice, tap into that, use it instead of borrowing from others or retelling a story that wasn’t yours to tell in the first place.
Be authentic
Clichéd writing often becomes that way because it’s not true to real life. Try to avoid injecting your book with melodrama where it’s not necessary. You’ll only end up creating a story that doesn’t resonate with an audience and lacks the authenticity necessary to connect with your readers.
By using the tips above you can eliminate clichés from your writing and create powerfully original stories that really are entirely different than anything else.

Just how different can each person get? And just what constitutes stealing other writers' ideas? As some of you may have seen on my blog I felt I was doing just that when I chose to write about depression. But then, that's something different people face differently. That, I learned, is how someone shows their own voice.  This is how writers are unique. Some things are bound to be similar in different works, but each one stands out from the author's voice. I'm sure everyone will agree with this.

Also, I sometimes ask myself what expressions can be considered cliched. My memoir writing instructor said "the nail in the coffin" is an example of a cliche, which should be avoided in memoirs. I asked once on my blog once if "making  big deal out of nothing" sounds cliched (I used that one in the memoir).

I try hard enough to make my story sound like my own ideas, even if they have been used before.

Posted by Jamie Ghione at 7:54 PM
Email ThisBlogThis!Share to TwitterShare to FacebookShare to Pinterest