The Poetry Challenge at Savvy Verse and Wit is on again. This year, there are levels, requiring reading of different poets. I'll be doing the highest one, as I have been planning to read some Emily Dickinson. 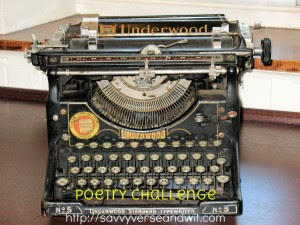 Here is what I am reading:

Posted by Jamie Ghione at 7:05 AM
Email ThisBlogThis!Share to TwitterShare to FacebookShare to Pinterest