How to Write a Children's Book 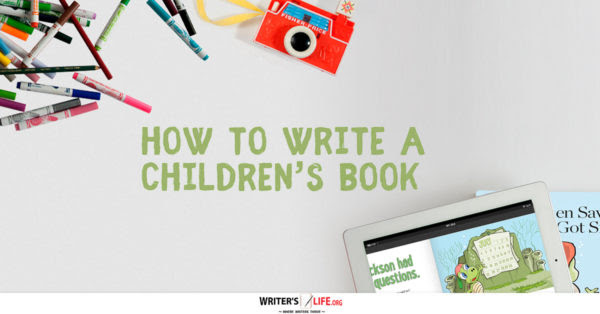 In this post, I talked about possibly writing a YA novel set in the 1980s in a diary format (or partially so).  I started writing notes about two weeks ago and have had a little trouble trying to alternate between journal entries and narration. It's all sounding like a journal, as I attempt to write in the first person. But more about this later.
How to write a children's book is the topic today on writerslife org.  From the article:

Children are complex and demanding creatures and to have them wide-eyed and full of wonder you have got to understand what they want. Times are a changin’ and what children are exposed to now is very different to a decade ago, and a decade before that and so on – so what children once found exciting and interesting, they may do no longer.
I felt like doing something in the 1980s since that is when I grew up. I'm aware kids today are always playing on smartphones (even grownups are always doing so!), but it seems hard to want to write something like this. I often see myself trying to write about life as it was before the current wave of technology.
If you are writing a children’s novel, there are some things you might want to bear in mind that will hopefully save you time and that pulling-your-hair-out feeling when you begin!
1.  Don’t be patronizing
One thing that will not go down with the youth of today is an author who tries to baby them. Think back to when you were a kid. What did you want more than anything? To be a grown-up!
Talking down to your reader, being too sweet and nice, and explaining things exactly-as-they-happen-in-painful-detail – these will all put your audience off. Children want action and adventure; they want mystery, they want to be challenged, scared, amused and horrified. If in doubt look to the greats – some of Roald Dahl’s characters are genuinely menacing and utterly repellent, yet children squeal and rub their grubby little hands in delight when they hear these stories. Don’t underestimate how smart and tough they are. They can take it.

2. Be imaginative and compelling


The great thing about children is that they still believe in magic, they don’t have to ‘suspend their disbelief’ they already believe it! Writing a children’s book gives you an amazing opportunity where you can let your imagination run wild. If you can create wonderful, lovable, exciting characters, they can be just about anything. Think outside the box, create a world where anything can happen. Children still live in a world where people can be who they want to be, and achieve amazing things and overcome impossible obstacles – so make it so with your stories – children will love you for it.
3. Don’t try too hard
Do be careful. Children are pretty scary critics and sometimes it’s easy for authors to be so desperate to please they go way overboard. Not every single character has to be utterly unique – by this I mean it’s OK (if you want to) to write about fairies and goblins and wizards and witches and dragons and spells – just think of new and exciting ways of doing so.


4. Watch the pop culture references
There is nothing more cringe-worthy than reading a children’s book littered with enthusiastic pop culture references that they think children will relate to. Unless something is totally crucial to your story, it’s always better to leave these out as they make the author sound a little desperate, and they’ll quickly become outdated anyway.
I will do what I can to follow each of these That last one is basically what I'd said above about current culture and technology. Sometimes the current ways of communication make it seem like there wouldn't be much of a story with people texting rather than talking face-to-face.  Not a lot of action when you can call or text someone to tell them you're running late. Before cell phones, if you were running late to somewhere, others would wonder where you were and you might be worried how they would react when you finally got to where you were going. The technology of today seems to have eliminated this sort of plot device.  This holds true for both kids' and adults' stories.  As someone who grew up in the 1980s, I felt a novel set in this era can teach others what life was like before cell phones and the Internet.  I read the Little House series as a child and learned about life before automobiles, electricity and such, and have read other historical fiction set in similar times.  As such, I see the 80s as a good setting for fiction.


Posted by Jamie Ghione at 7:23 AM
Email ThisBlogThis!Share to TwitterShare to FacebookShare to Pinterest