Have loved doing this one. Will get as many as I can of next year. 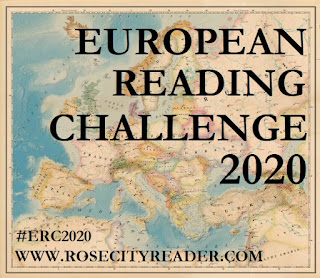 NOTE: Even with Brexit, the United Kingdom is still one country, in Europe, that includes England, Scotland, Wales, and Northern Ireland. So one book from any one of these four counts as your one book for the United Kingdom. I'm not a stickler about it because challenges should be about fun not about rules. However, when it comes to winning the Jet Setter prize, only one book from one of the UK countries counts.

Posted by Jamie Ghione at 6:57 PM
Email ThisBlogThis!Share to TwitterShare to FacebookShare to Pinterest