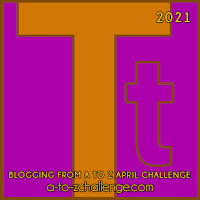 It was hard not to mention toilet paper and how it made news last year, disappearing from the store shelves for the first month or so of the pandemic. I still don't know why people thought hoarding toilet paper was so necessary. Did  people really think it was going to save them from Covid?

I was fortunate to have bought a six-pack of TP at Safeway on the Saturday before the pandemic was declared. And at the end of March, a nurse friend stopped by with some stuff to give me and my mom, which included two 12-packs of Charmin. And my cousin next door still had some of the toilet paper she'd gotten at Costco and let us have some. We just had to use a little at a time. 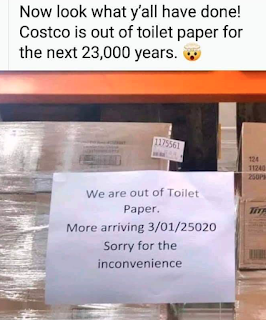 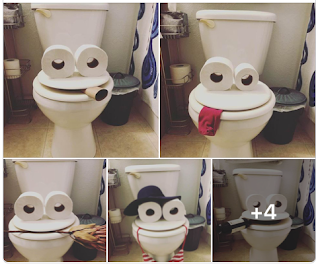 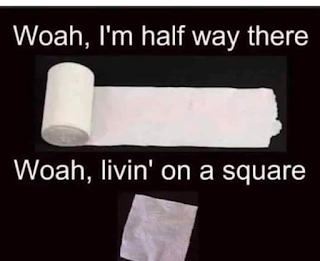 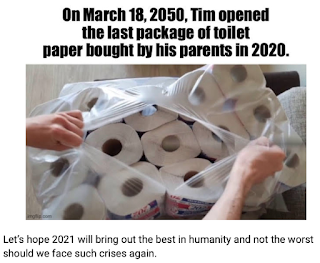 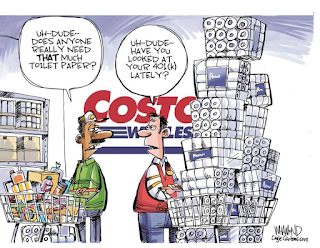 And there were toilet paper costumes for Halloween, things I was glad not to have seen in person: 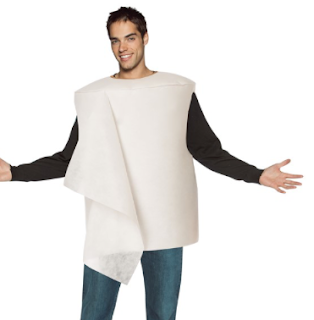 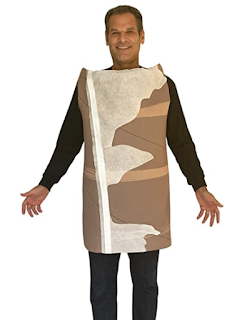 And the Christmas ornaments: 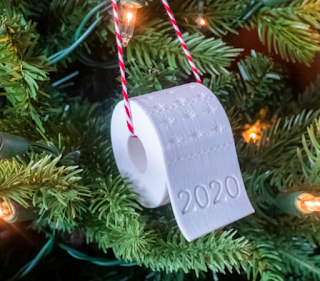 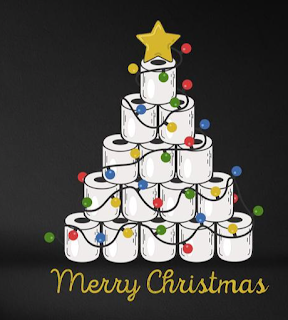 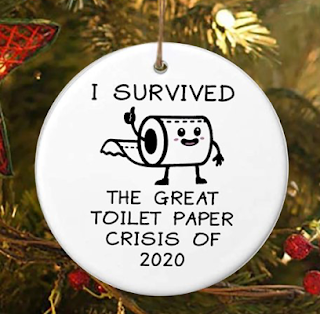 Now, toilet paper is readily available, though there was a brief resurge of TP hoarding around November.
I cannot say how much I hated Trump and was glad to see him voted out of office.  I agreed with this blogger's nickname for the former president, "Mango Mussolini."  He was also called the "Orange Menace" and someone also said "The Orange Orangutan." These cartoons and videos say it all: 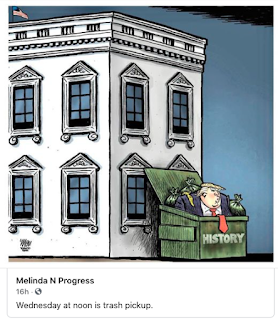 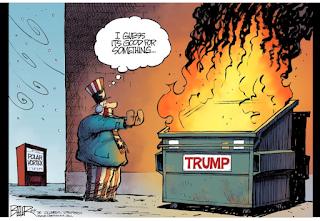 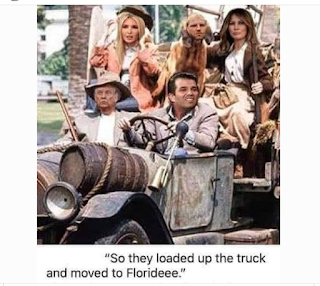 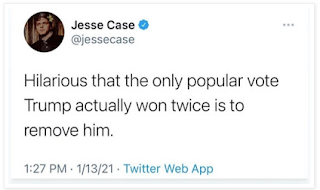 I was also glad to see Trump get banned from Twitter, though I stayed away from his tweets. I mainly avoid political stuff on Twitter. Basically, I only stay on Twitter for a while at a time, a little longer if there is a topic of interest. Don't remember exactly, but I'm sure there were plenty of tweets about toilet paper last year, and about two other topics I avoided this past year.
Those two things I avoided this past year were Tik Tok and Tiger King. I really did not see what was so great about either of these. And both just had to inspire costumes for Halloween. I was glad to have to stay home on Halloween this year, so as to avoid seeing costumes like these and possibly Trump ones as well.  And that's all I want to say about this. 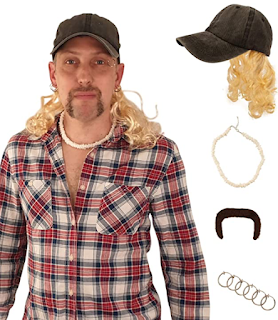 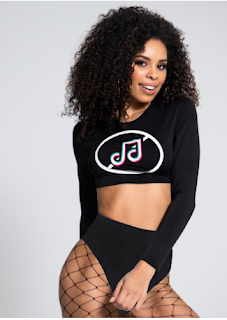 I'm already used to talking to the psychiatrist via television by going to the mental health office, but this year, began speaking with the doctor over the phone. He phoned me at home. My first such appointment was in March, the first full week of the shutdown. I kind of liked being able to stay home for my appointments, as the appointments never take very long. My next appointment was scheduled for June, and the office hoped we would be able to get  back to the office by then, hoping the virus would be over. And of course, that ended up not being true, so it has been phone appointments since then. In October, I got the news that my psychiatrist was leaving, which was upsetting at first. I really liked him. He had left before, and then returned, but this time seems to be for good. He is in San Francisco. The new one is a woman and is in Orange County. She also communicates via telepsych, but I do not know what she looks like yet, since I'm only communicating via phone calls. She has been nice so far.
And since the center was closed for two months, I began to miss the others there, and  texted them every so often to see how they were doing. I texted them more often than I had done previously. It was not long before we were able to go back and see each other, though for only two hours at a time, one day, then two days a week. One client has not been back, so I have been texting him every so often to see how he is doing.
_________________________________________________________
Time to go for today. See U tomorrow.
Posted by Jamie Ghione at 6:43 AM
Email ThisBlogThis!Share to TwitterShare to FacebookShare to Pinterest