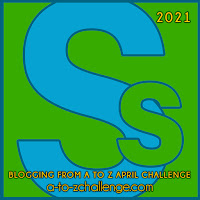 Social Distancing, Shutdown, Shelter in Place, Six Feet Apart, Superspreader, Shortages, Stimulus, Song Parodies, Sunflowers
Once the pandemic was declared, people were forced to shelter in place and businesses not considered essential were forced to shutdown. Some of these shutdowns were temporary, but others ended up being for good. Some local  businesses were unable to stay open amid the pandemic.
The old phrase "wouldn't touch someone or something with a 10-foot pole" became somewhat of a reality during the coronavirus, though somehow 10 feet got reduced to six feet.  When we had to be anywhere in public, there came warnings to stay six feet part, known as "social distancing." Some people began to think "physical distancing" might have been a more appropriate term, though people still say "social distancing." Signs for maintaining six feet distances in public were placed everywhere, and some signs got creative like these: 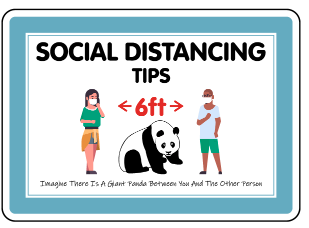 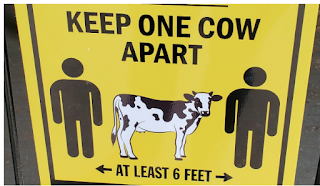 And the stores said to stay two carts apart when waiting in line for the cashier. It was worse when there was only one register open, something that happened more often at Dollar Tree than at grocery stores. 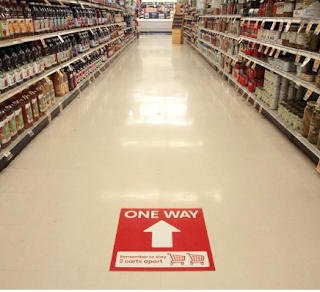 Sadly, there were some people who did not listen to the social distancing, six-feet-apart warnings, throwing parties or going to the beach on holidays such as Labor Day. Some of these led to increased cases, and were known as "superspreader" events. Trump rallies were one of the biggest super spreader events. One occurred in my home town in the empty Kmart parking lot on Halloween. And later that that same day, there was trunk-or-treat event, one of the things people had been advised against doing. These were certainly not social-distanced events. Once again, I panicked at the thought of corona cases going up in my county because of these two events.
There always seemed to be a shortage of something, starting with toilet paper, hand sanitizer, rubbing alcohol, and disinfecting wipes.  And then came the coin shortage, and now there seems to be a shortage of canned cat food, an item needed in this house. What could be next? 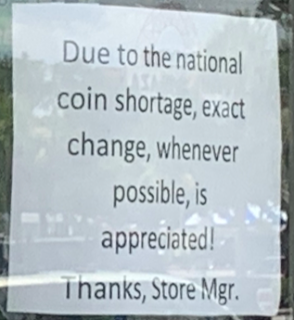 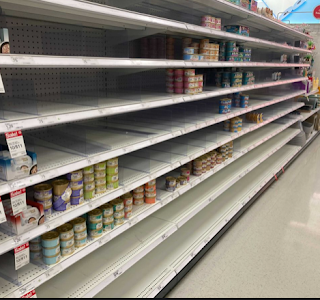 The stimulus checks were one good thing that came out of this otherwise dismal year. My first stimulus check arrived during the last week of April, just a while before the first payments on my EDD debit card. I had to deposit these into my checking account, which meant going into the bank. For years now, I have gotten direct deposit for my paychecks, so it had been years since I'd gone into the bank. Lines to the bank were often so long that they stretched out across the alleyway that is behind our local Bank of America branch. And the bank was busiest on Mondays and Fridays.
One thing I did a lot while stuck at home was watch Youtube videos. One day, I came across the Holderness Family Channel, some of whose videos I have shared in previous posts. (See here, here, and here). A lot of their videos are song parodies, and many this past year were related to quarantine. There are far too many videos to share, but here are some I particularly liked (More will be linked in later posts, where appropriate):
And there was also this channel, from which I liked these videos:
I have also heard of Randy Rainbow, but have only seen a few of his parody videos. And Chris Mann, who did the "12 Days of Quarantine" video (linked in this post). And there are so many more, I can't link or name them all! Search Youtube and see what you can find 🙂 And check out other stuff on those already linked. All very hilarious.
Gardening has just never been an interest of mine, even with all the boredom that occurred last year. Though one day in May, I saw something that had been left on my front porch. It was a packet of sunflower seeds, potting soil, a plastic pot and and a newsletter from the center. My boss had dropped this off without my knowing it. Other clients got these as well. I was hesitant at first, but decided to plant the seeds. The pot was too small, so I used a larger one we had at home.  Here's how they turned out in the end: 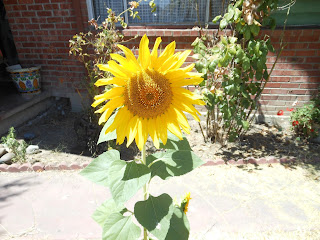 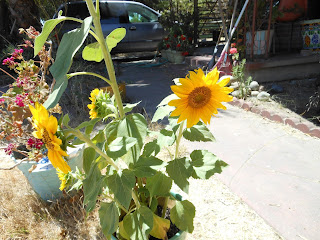 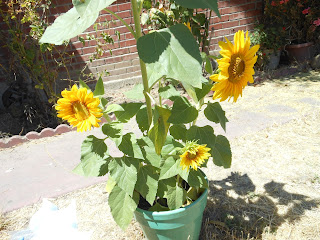