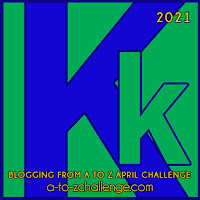 Killing Time, Karen, Kids at Home, Kamala Harris
Every day last year was an endless cycle of trying to find ways to kill time. We all had too much of it while as we were forced to be holed up in our houses. Every morning, I'd wake up wondering what I would be doing that day. Waiting until 10AM or later to take a shower, Internet surfing almost  all day long and deciding when to watch a Netflix DVD when it came, or just watching the news when I really didn't want to. Playing Facebook games. Watching videos on YouTube, many more than once. And trying to write, but not getting a lot done, except one piece. There were also times when I tried to find something to put on the blog, but came up blank. I avoided Tik Toks, and could not bake bread since I do not have a working oven. Walking is just not my thing, and was hesitant about doing it during the pandemic. I could have pulled out DVDs to watch, but just didn't do it much. Reading was my best way to kill time, the one I did the most.
One thing I was glad not have to deal with was kids. My cousin next door has a 17-year-old son, but my mom and I mainly saw him at night, after his "school hours" were over for the day. He and others at the county's schools were each assigned a Chromebook for their schoolwork. It was weird not seeing kids walking to and from school. Especially when I live behind one of our town's elementary schools and not far from our two middle schools (one of them was the site where my vaccine was administered).  I was used to seeing kids walking home from those schools as well as the high school, staring into their phones like zombies. It's now been a whole year of not seeing such things, and seeing empty school yards while driving around town. One of the things that made my hometown seem like ghost town this past year. And seeing these signs, without having to worry. 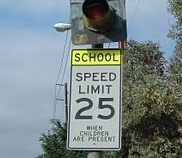 Now elementary and middle school kids in our neighborhood are starting to go back into the classrooms starting today, with the high schoolers set to do so next week. I go to work at 10AM and leave at 12PM, so I most likely won't see kids walking around then, but on my days off, I now have to prepared for the "zombies on their phones." And now I have to worry about those signs again.
Growing up, I kind of hated my name because so few others at school shared it. It was hard growing up among kids with more common names, like Jennifer, Lisa, Michelle or Karen. They would always find their names on pencils, keychains, cups and such, but I almost never saw mine on these things. But this past year, I was glad not to have had that last one. And at the same time, wondered how girls named Karen have been feeling about their name being used to mean as a pejorative term for a woman seeming to be entitled or demanding beyond the scope of what is normal. "Karen" was depicted as a wig and costume for Halloween, as seen below (I was glad not to be see anyone dressed like this): 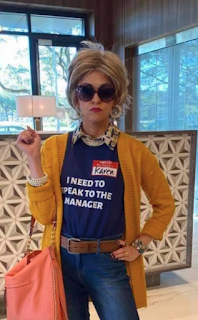 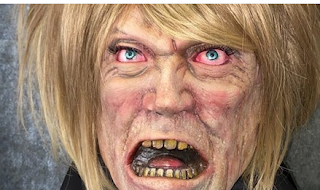 The origin of this term is seen in this video:
This brought to mind the 1989 film, Heathers. I had to wonder how real-life girls named Heather (another name I heard more than my own) felt about this, or if the movie led to a decrease in the use of the name. I have also often wondered how Jason has remained such a popular boy name after its use as the name of the killer in the Friday the 13th films. Does this current meme seal the fate of the name Karen, or has it already declined in use? I used to see the name in my parents' yearbooks all the time, and as I said, I heard it a lot as child myself. The video says it is low-ranked in current name popularity lists. 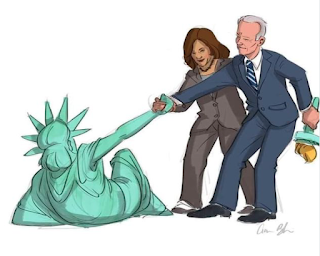 But there was a name that I did enjoy hearing this past year. Kamala Harris may not have had a popular name either, but she did make history becoming the first female Vice President of the United States, as well as the first of woman color to hold that office. This history-making event came 100 years after women were given the right to vote. She is a former senator from my home state of California. Earlier this year, I read her memoir The Truths We Hold, which I enjoyed. I loved seeing this cartoon, one of the ways The Simpsons is thought to have predicted the future: 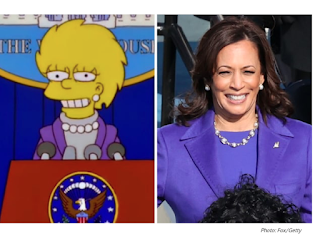 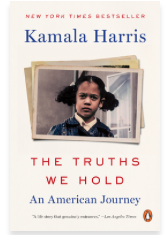 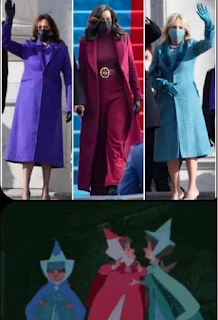