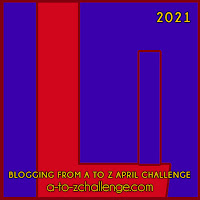 Even though I want to be out sometimes and I missed seeing others at the center when we were closed, I must admit I am more of a loner. Many times when I need to do something, I do it even if it's by myself. I was pretty much a loner growing up and can still be that way. One of the others at the center went with me to see a play in the fall of 2019, but she was unable to do so again in February 2020. Even so, I wasn't about to back out of seeing the play. I was glad not to have missed it, as it was the last play the stage company was able to put on to date. 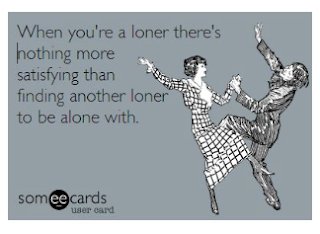 One might think being a loner would make lockdown easier to take. In some ways it did, but the days were longer with nothing to do all day. Days seemed especially long in the spring and summer when it stays light until about 8PM. This is true in any year, but in 2020, the long days seemed even longer than usual. The longer the days, the more I had to time to pass.

Hearing the term "lockdown" seemed a little scary, as it means to stay where you are. In this case, going to only essential places, like grocery stores. This made going to the store anxiety-producing, especially after learning how empty stores were. I panicked, thinking, I would not be able to find stuff I needed. Most of the time I did, however.

At the beginning of the year, I had been in and out of the library regularly, not knowing what lay ahead. Friday the 13th of March, 2020 was the very last time I set foot in our public library.  I had borrowed several books earlier that week and went in on that day to return them all, without checking out anymore. The timing was good on that, because the library was shutdown beginning the following Monday around 2PM. It remained closed but began the the curbside pickup in June. I was excited for that to happen and have been taking advantage of it ever since. But before that happened, I had to settle on books I had at home and e-books, as well as ordering books from the library's Zip books program. I had to hold on to them until the curbside pickup began. I accumulated about six books this way. When I go to pick up or return books, I can see the inside and wonder when I'll ever be able to go inside again. I also miss the free movies the library was having on Saturday afternoons. The last one was in March of 2020, on the Saturday before the pandemic declaration. They showed Frozen 2 that day. 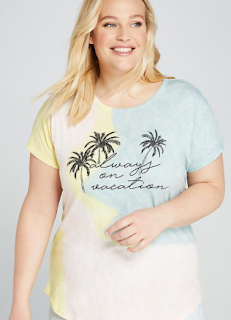 One of the last places I shopped at in person before the virus was declared a pandemic was Lane Bryant, going to their semi-annual intimates sale in January. The sale was nearly over by then, and I then  hoped to take advantage of the next such sale in June. Another plan that got derailed by shutdown. But since I had the option of shopping online, I did just that. More than once over the year. One of the things I got online was the shirt seen above. This is the only other site besides Amazon from which I have been shopping. The message on the shirt felt true this past year. In March this year, I got to visit the store in person for the first time in nearly a year.

For the first weeks of shutdown, I had more than enough time to do laundry. We still use our clothesline to dry our laundry, and I'm glad we have one, since we don't have a dryer. The laundry dries  faster in the warm weather, and the first days of April last year were such warm days. I liked getting the laundry done in one day. Especially on the long summer days. 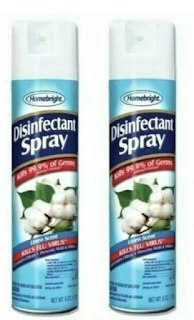 Yet another item that was hard to find in stores initially in 2020 was Lysol spray.  I hated seeing commercials for the stuff. Even now it still seems hard to find, unlike most of the other items that were equally scarce at the beginning of the pandemic. It was hard to find any spray disinfectants at first, but a least now the generic ones at Dollar Tree (seen above) are easier to find now. We have currently have some of these at home. And some from the newly opened Dollar General. These work just fine.

Posted by Jamie Ghione at 4:33 AM
Email ThisBlogThis!Share to TwitterShare to FacebookShare to Pinterest