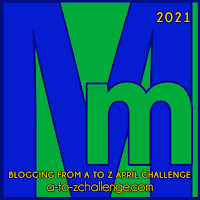 Masks--need I say more? We all got used to having to wear them in public and were quick to remove them once we got into our cars after going to the store. They made people look like surgeons in regular clothes. Some people took selfies in masks for their Facebook profile pictures, but I'm not tempted to do such a thing. And there were humorous photos like these: 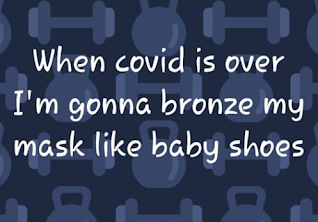 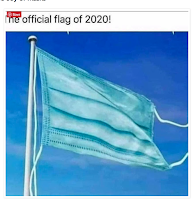 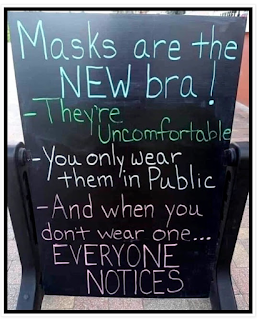 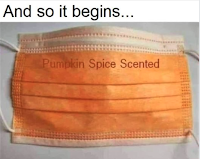 And as Halloween neared: 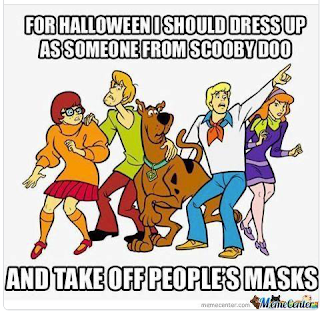 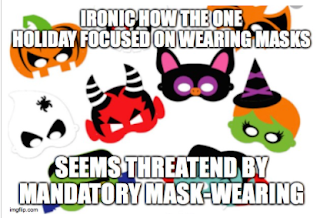 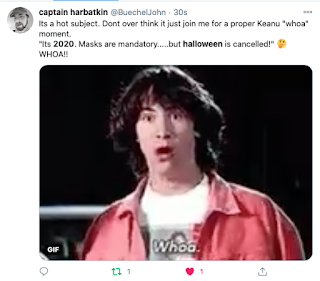 And these were another thing that was hard to locate in stores at first, forcing some (including me) to make their own out of cloth, once the mandate was set in place.
Breathing was hard for some in masks, especially in the summer time. And recently doubling them made me feel even more out of breath, like I was about to have a panic attack. Which I nearly did all year long. More on panicking to come. 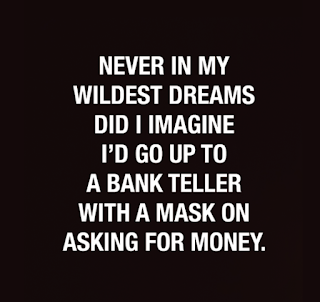 I was always used to reaching into my wallet for my forms of payment. But once the pandemic hit, I began putting my Safeway card and whatever method of payment I chose for the store or for fast food, including cash when stores were able to accept it and when I could give the exact amount (when there was a coin shortage). And it did feel weird asking people to put my change in a plastic bag when I getting money legally. And going into the bank to deposit money. I always try to prepare my money-handling bag before going into the store or going to the drive-thru at a restaurant. I hadn't seen very many "exact change only" signs lately and was surprised to see one the other day. This meant digging out extra coins (I had already placed two dollar bills in my plastic bag), which I thankfully had. I also got into the habit of sanitizing my cards and cash after leaving the stores.

I never got more excited about getting the mail until now. I still get Netflix DVDs (don't judge, please!) and like everyone else, was eager to receive my stimulus checks last year. And then there were the books I ordered from Amazon and through the library's Zip Books program, and clothes from Lane Bryant. And I got a free book from participating in the Birth Year Reading Challenge (which is not occurring this year). Most of the Zip Books came in the mail, though at least two came by UPS. I've never gotten anything via Fed Ex and am not an Amazon Prime user, though I did see plenty of those trucks roaming around town. I still pay bills by mail and I chose to file my unemployment claims through mail as well, so as to keep the mail service working. And there were plenty of people at the post office each time my mom and I went to mail our bills, some mailing or receiving packages. 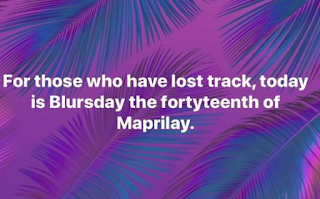 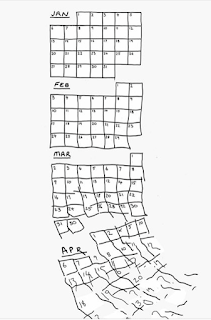 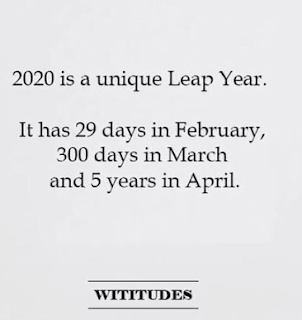 The days, weeks and months seemed to blur together once the shelter-in-place orders began. There were times I asked, "Is it really (month) already?" I had to remember when it was Thursday, since our garbage gets picked up on Fridays. And what night it was, so I would know when the shows I watch are on. Yet, even I still got mixed up as far as days. Forgetting it was Memorial Day and seeing the
pharmacy at Safeway closed was one such mixup. Every day was feeling like an extra Sunday, not just the legal holidays. It didn't help that the 4th of July was on a Saturday. I didn't aways forget what day it was, though it was often confusing. 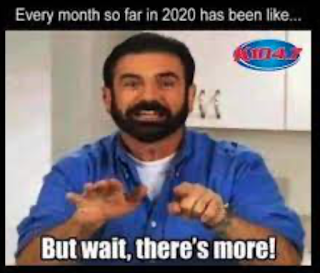 Didn't it seem like there was always more stuff to come? As if the coronavirus wasn't enough, murders took place, causing subsequent protests, and forcing outdated produced logos that seemed racist to be changed. And suddenly there was something called murder hornets. Hearing that freaked me out a little at first, as the year was already seeming apocalyptic because of Covid. Now an insect was invading the earth, making the current state of the world seem even more dystopian. Yet, this is what seemed to happen: 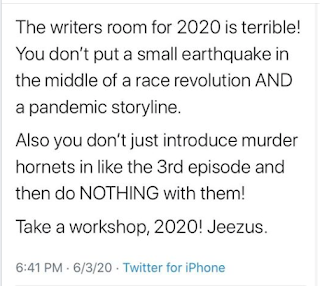