Yes, more books acquired this month, and on three consecutive dates. As well as another day this past week.

I was excited to learn that the Friends of the Library's once-monthly book sale would be returning after more than a year. I made sure to get there, despite how early it occurred. Along with used books for 50 cents to a dollar, there was a new book by a local author who there for signing copies of the book. I love seeing local authors' works (not very many in my home town!), so I had to get a copy of this book. It was only 9.99. I have yet to read it, but it looks like fun. And I may look into the publishing company that the author used. 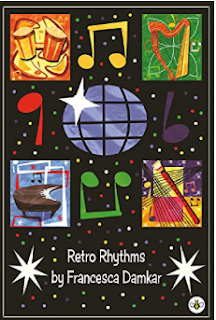 But before the book sale from the library, I had already acquired several books from Goodwill two days earlier and on the day after that, from the used bookstore in Gilroy, CA, a town near to where I live. While at the used bookstore, I found three things I was looking for, a book by Alexis Wright and one by Yoko Ogawa, two authors I have as reading prompts i the Reading Women challenge  I also looked for another author I had for that challenge, Leila Aboulela, who was nowhere to be found. I also went looking for The End of Your Life Book Club, which I also found.

A few too many other titles to list here, but I was satisfied with what I found.

The next book sale is on August 14, with longer hours than before. That same day our local comic book shop will be having the Free Comic Book Day. I've never been to one of those, as I have not really been into comics that much lately. Not into superheroes, but want to see what other kinds of comics can be found. If I see one I like, I will take it, since it will be free.

Posted by Jamie Ghione at 1:19 PM
Email ThisBlogThis!Share to TwitterShare to FacebookShare to Pinterest