Last night I made my acorn cookies for the party today. Here are some photos of the ingredients and the first few cookies I assembled. I made the acorns until I ran out of the vanilla wafers, setting aside the broken ones. Still lots of the Hershey kisses and butterscotch chips left! 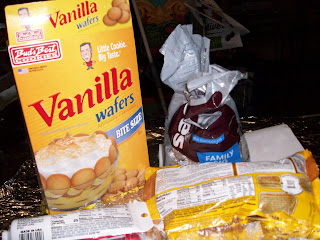 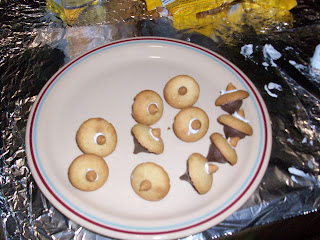 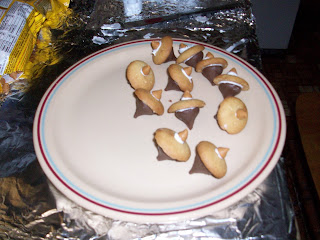 And here is the shirt I made for my tropical depression costume.  I finished it on Tuesday. I made the words TROPICAL DEPRESSION on my word-processing program. I then copied my prescription info from one of my receipts from the pharmacy. I tried this idea after being unable to enlarge the label from one of my empty vials without cutting off some of the image.   I had also searched on line for a fake prescription label template, but did not know how to change it to make it my own. So I looked up "Prozac label" and found a sample of one, that I enlarged to put on the shirt.  The white part of the label is from used white tank top I got at Goodwill. I cut off the sleeves and used the front of the top, on which I glued the printouts. I then tacky-glued the "label" not the shirt, folding over the raw edges. I will take and post pictures of the costume later. 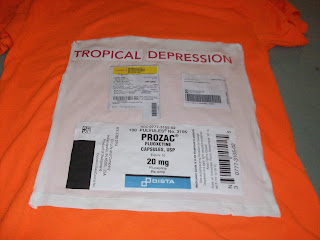 Side note: I placed sheets of aluminum foil between the shirt to keep the glue for sticking the shirt together.  Not wanting to waste the foil sheets, I folded them up and put them back in the drawer. When I began to assemble the acorn cookies, I did so on the meat block in the kitchen. I used the same pieces of foil to cover the meat block surface as I made the acorns.
Posted by Jamie Ghione at 6:41 AM
Email ThisBlogThis!Share to TwitterShare to FacebookShare to Pinterest