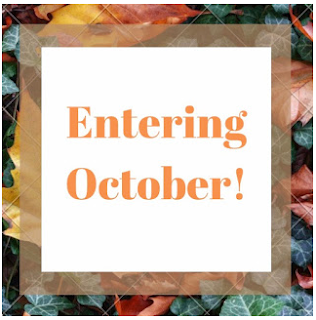 It's now October. The months have gone by so fast even with all the blurred days we have been having since March. And weather in my area is expected to be close to 100 this coming weekend. A modified county fair is taking place starting today (no carnival rides),  I used to love going to the fair as a kid, but as I got older, I kind of lost interest. And a pumpkin patch in the now-empty Kmart parking lot, following safety social-distancing protocols. Not something I'm eager to go to (and likely won't). I'm really uncertain on dressing up this year, since I likely won't be going to any celebrations at bars this year. It's certainly going to be different this year. If I feel the need for a costume, I can redo one I have from a prior year, since I still have some of the stuff in a drawer. I had put them in a drawer, not certain what to do with them. Has anyone ever repeated a costume from a  previous year, if they still have the stuff on hand? If I choose to do this, I think maybe the one below, although I am missing the hat. The khaki shorts, too, but I do have another pair.

I have not been as excited about this season as I usually am, because of the pandemic. The Halloween Peeps will not be produced this year, and neither will those for Christmas and Valentines Day. Some years I have seen black cat Peeps, green monster head Peeps, and gravestone Peeps, along with the pumpkins and ghosts (every year). I was wondering which of these would turn up this year when I suddenly heard that they will not be in production for the coming holiday season. I now wonder if they will indeed return for Easter next year. In past years, I have seen the Easter Peeps in stores as early as January. Do what must be done, but it is going to be hard to imagine the holidays without these candies.

I've already begun to see Christmas stuff in stores and am now uncertain what to for that holiday this year, though in recent years, my family and I have not had huge holiday celebrations. Same for Thanksgiving and New Years.

I have some spooky and fall-themed reads planned for October, as well as one mental-health related book, since World Mental Health Day occurs in this month.I will see how many I get this month. I'm also planning to watch some Halloween specials on Netflix, including "Hubie Halloween" which It Came From the Man Cave showed a trailer for. And another I have just recently heard about, "The Babysitter's Guide to Monster Hunting."

So there are some ways to have fun even if everything will be a bit different this season.
Posted by Jamie Ghione at 9:28 AM
Email ThisBlogThis!Share to TwitterShare to FacebookShare to Pinterest

Black cat Peeps. I love it! AND the costume.

A bit different the world over.
I hope you do find fun. Lots of it.