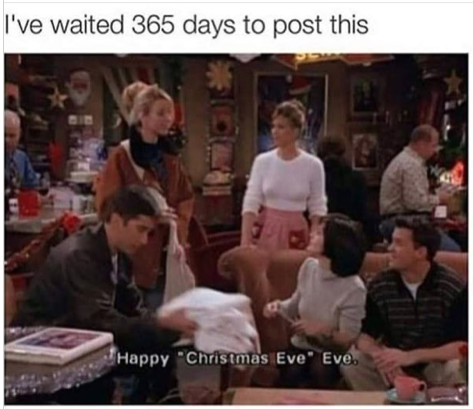 Happy Christmas  Eve Eve. It still doesn't fell like Christmas is only two days away. But then it is somewhat warm, nearly cold, weather in my home town, which is not unusual even at this time of year. And of course, all the holidays have been very different during this dismal year. I'm still hearing about people traveling for the holidays, which just makes me shake my head. People just aren't listening to science during the pandemic. Not seeing the family won't kill you now, but gathering with them may kill you later. People just aren't getting this message. A Zoom Christmas (for those who use Zoom) or a phone-call Christmas is better than spending New Years' Day in the ICU. And now hospitals are over capacity, including the one in my hometown (the only one in the county). It even got on TV last week! I certainly don't want to be in a hospital right now. 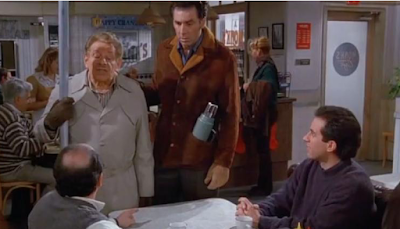 And does anyone ever celebrate "Festivus"? According to CNN, it's for everyone this year, not just "the rest of us," as noted on the episode of Seinfeld in which the word appeared. A writer the show said his father once dreamed up the holiday (click the link above to see the video). I have never known anyone to celebrate this, have any of you? Do you ever take time to air grievances at this time of year? I've never even thought of such a thing.

And let's wish a happy one to all out there, whatever holiday you're celebrating right now.

Posted by Jamie Ghione at 4:58 PM
Email ThisBlogThis!Share to TwitterShare to FacebookShare to Pinterest

It is less than eight hours to Christmas here. It will be quiet for us - and at home.
I hope you enjoy yours, and can stay safe. Sadly I think your hospitals will be even more overloaded in two weeks time.